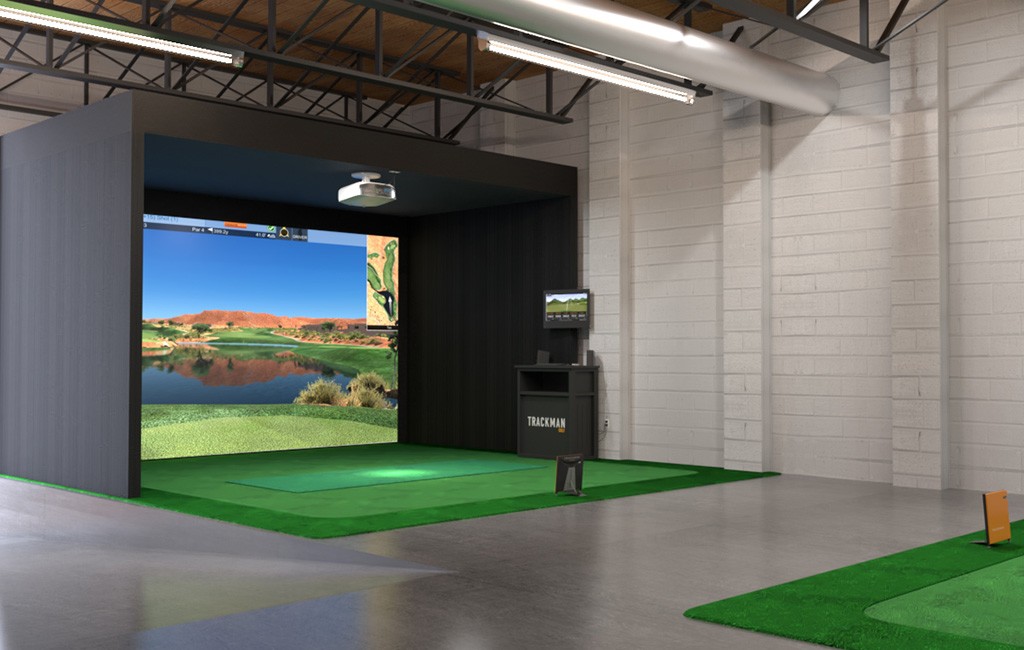 A rendering of a golf simulator inside the warehouse. (Courtesy Kelly Huff)

After teaching 1,600 golf lessons last year, Kelly Huff has had enough of expensive, stuffy, private courses. So the new-to-Denver entrepreneur is starting his own country club.

He hopes to draw in both serious golfers looking to get their scores down, and casual players itching to play 18 holes in January.

“I don’t think younger people want this stuffy country club golf experience where they spend six hours out there and have to stick to a dress code,” Huff said. “I think places like Top Golf have the right idea. We want to be something like that, but more focused on golf.” 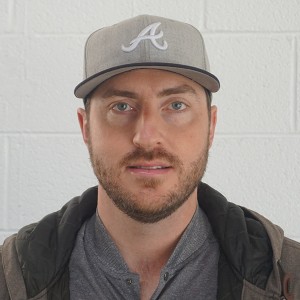 South Broadway Country Club has a five-year lease, with a five-year extension option for its 3,300-square-foot garage. He liked the building’s open floor plan and location south of downtown but on the way to Cherry Hills.

Huff, 32, said the biggest draw will be a pair of pricey TrackMan machines. TrackMan is a radar system that tracks a player’s swing, including club movement, spin and other factors affecting whether your ball is landing in the fairway or the woods.

Huff said he will invest $200,000 to launch the business. The golf simulators will cost about $120,000. The rest will go towards building out a bar, game room and outdoor patio. Huff’s rent will add about $6,000 in monthly expenses.

Huff said visitors will be able to play on their own and check out their TrackMan data for about $40 per hour. He’ll also offer lessons for $100 to $120, and plans to hire a few more instructors.

Huff, an Atlanta native, was working at a golf club in Portland before moving to Denver two months ago. He’s thought about launching his own golf training facility for about four or five years, and took the job in Portland as a way to start mapping out his own business.

The club he worked at had 14 TrackMan systems, which Huff said helped him become familiar with the technology before buying it. 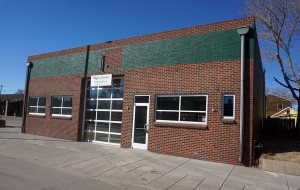 “TrackMan has become a household name on the PGA Tour; it’s the best technology, period, for coaching and practicing,” he said. “But these things are $60,000 apiece. So it’s kind of unheard of for a place to have one, and they had 14.”

He moved to Denver to start the business, saying the city has a large golf community but not much golf instruction. He also thinks Denver has a wide variety of people who play golf seriously enough to spend time, and money, getting better.

Huff mentioned TopGolf as a potential competitor, but said he hopes his place will appeal more to avid golfers. Indoor golf training center GolfTEC also has three locations around Denver.

Huff hopes to open South Broadway Country Club in April, a week or two after the Masters. He still has a full buildout to go, and is working on a liquor license for a full bar.

“I came in not necessarily wanting to be a bar owner, but I found a place with enough room where a bar could work,” he said. “It was almost an afterthought, but beer and golf go together. It’s definitely a golf facility first, with drinks available.”

A rendering of a golf simulator inside the warehouse. (Courtesy Kelly Huff)

A new-to-Denver entrepreneur is starting his own country club, t0 be outfitted with golf simulators, instructors, and a full bar.