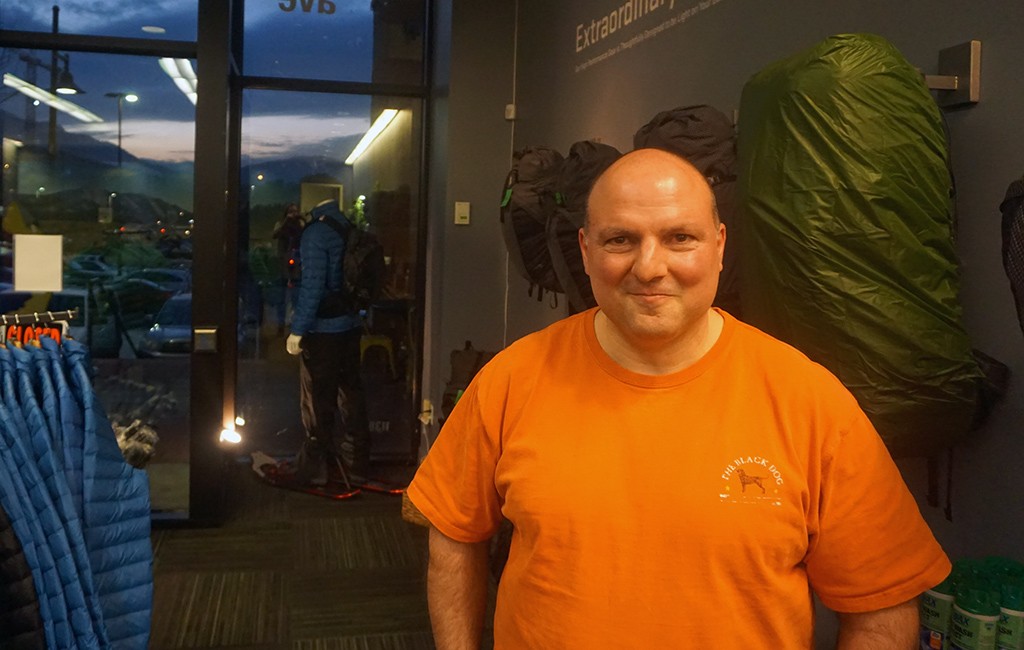 The founder of defunct outdoors brand GoLite is hitting the trail again.

Demetri Coupounas’ firm GoLite filed for bankruptcy in October 2014 after almost 20 years in business. Now he’s strapping back up with a new gear brand called My Trail.

My Trail Company opened its first brick-and-mortar location in November at 1805 29th St. in Boulder. The storefront and My Trail’s website sell lightweight down jackets, tents, packs and other outdoor accessories.

The company has raised more than $750,000 through a direct public offering and crowdfunding website Wefunder. Its 270 investors are nearly all previous GoLite customers, Coupounas said.

Coupounas said he’s made a few improvements for his new brand, but the biggest difference between GoLite and My Trail products are the logos they carry. My Trail uses the same designs as GoLite, from 2-pound backpacks that can carry 40 pounds to 13-ounce men’s and women’s goose down jackets.

Coupounas plans to open another Boulder store this year (he hopes to close the deal in a few weeks), and plans to roll out new seasonal apparel and equipment later this spring and fall.

BusinessDen caught up with Coupounas this week to discuss GoLite’s demise, My Trail’s launch, and its founder’s plan to rebuild an outdoors brand.

The following is an edited transcript.

BusinessDen: What will you do differently to make My Trail succeed with the same products that GoLite went out of business selling just a few years ago?

Demetri Coupounas: In a nutshell, it’s really simple. GoLite stores were too big and too costly to operate, and because of that, we added a bunch of casual products that people weren’t looking for.

There was a small store in Fort Collins and a small store in Denver. They both sold the same gear as all the other GoLite stores, except for Boulder, Silverthorne and the website. But those two were profitable; the cost was so much lower because they were so much smaller.

My Trail will be staying in small, 1,200 square-foot stores. My Trail will not be selling any casual products – Western-style vests to cable-knit sweaters – any of the kinds of things people wear indoors that you won’t see on a mountain.

BD: What are the differences between My Trail products and the previous GoLite products?

DC: All the differences are slight. There’s a reason these products are our first, why they are what we’re proudest of, and why they’re the most popular. They’re dialed in. And they have been for years and years.

Little advances in materials or improvements in design have been applied, and that has a lot less to do with the new company and the new brand than with improving things at the margins every year. Regardless if this was a new brand, we would have done these improvements at GoLite. We know it makes it better, so we do it, and we’re proud of that.

BD: What kind of growth in revenue has My Trail seen?

DC: December was a good four times the rate of every month’s revenue since June. More importantly by far, it’s very normal for January to be just about the worst month; the drop from December to January is often a good four-fold. Ours has been less than two-fold. Our January is really strong. It’s twice what the other months were last year, and normally it would be far less.

DC: There are only four apparel styles in the whole company right now, and there are 18 more that will be here in March, and then another 14 being ordered for the fall. Pack styles will triple from two to six, the shelter line is growing, and the accessory line is growing. In addition, we’re looking to open one more store here in Boulder.

BD: Where do see the company in five years?

DC: We should add about 10 to 15 stores, the first eight to 10 of which would all be in Colorado. We would have brought back every single one of GoLite’s best and most popular products, improved them at the margins and have brought in quite a few relevant accessories from other brands, which GoLite never did.

Within five years, we should be about the size that GoLite was at its peak, but rock solid profitable. We want to help just as many people lighten up and enjoy the outdoors more, but be able to keep doing it.

BusinessDen caught up with Coupounas to discuss GoLite's demise, My Trail's launch, and its founder's plan to rebuild an outdoors brand.