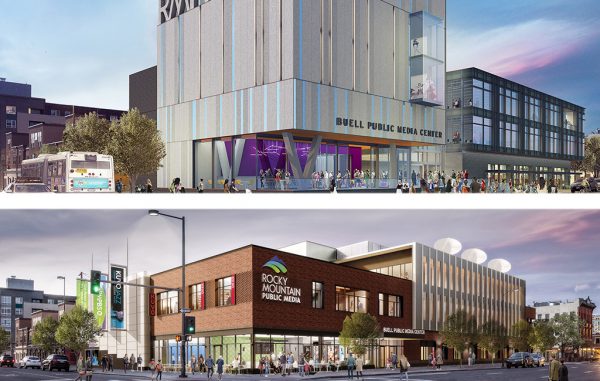 RMPM has gone through several redesigns with Tryba Architects. The most recent version clocks in at 63,000 square feet. Mountain said the redesign was meant to make the studios more visible to the public. People passing the headquarters at Arapahoe Square will be able to see RMPM staff working through large windows.

“We really took some time after the initial renderings were released with what we wanted from the building,” Mountain said. “The public expects to understand how we work.”

Mortensen Construction is the general contractor on the project.

Last May, the nonprofit announced the building would be named Buell Public Media center after receiving a $6 million grant from the Buell Foundation.

Since then, RMPM has received $1.5 million from the Metzler Family for children’s programming. The Bonfils-Stanton Foundation donated $1 million for a live studio broadcast space that will be named for the organization.

The nonprofit reported revenue of $17 million in 2016, according to tax filings.