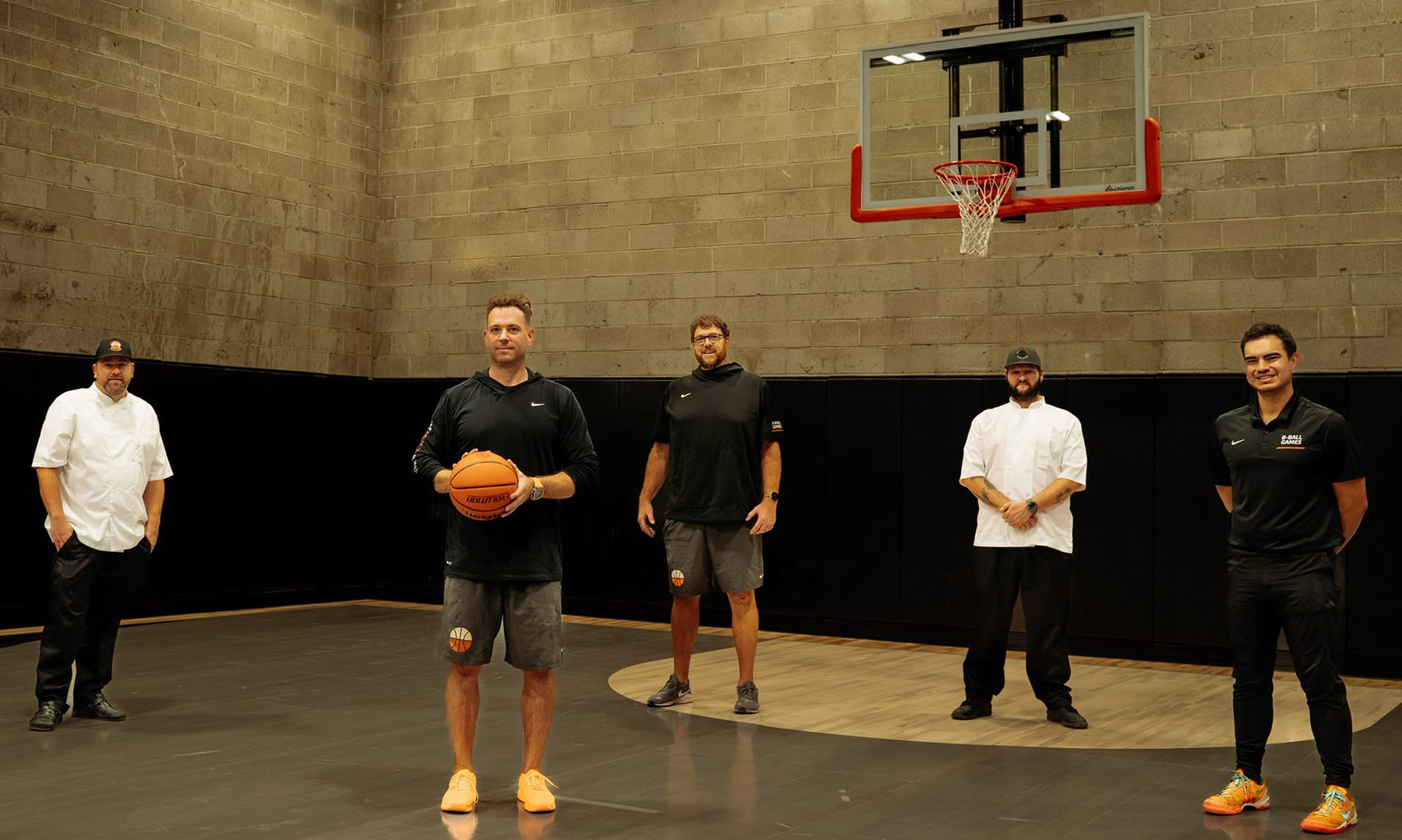 Jimmy Bemis and Matt Barnett fell out of touch after playing on a local high school club basketball team together in the early ‘90s. 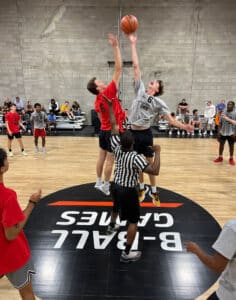 And now, Bemis, 44, and Barnett, 47, are taking a shot at a new business venture — a restaurant and sports complex they’re calling The Basketball Social House, set to open Oct. 8 at 7450 S. University Blvd. in Centennial.

“Even if we haven’t remained a constant in each other’s lives, basketball has,” Barnett said.

Bemis and Barnett were inspired by venues like Topgolf and have been working on the idea for The Basketball Social House for two years.

Barnett played basketball at Colorado State University, and then professionally in New Zealand. He’s spent the past 20 years offering private training and the past 11 years running a youth basketball club called Elevation Flyers. 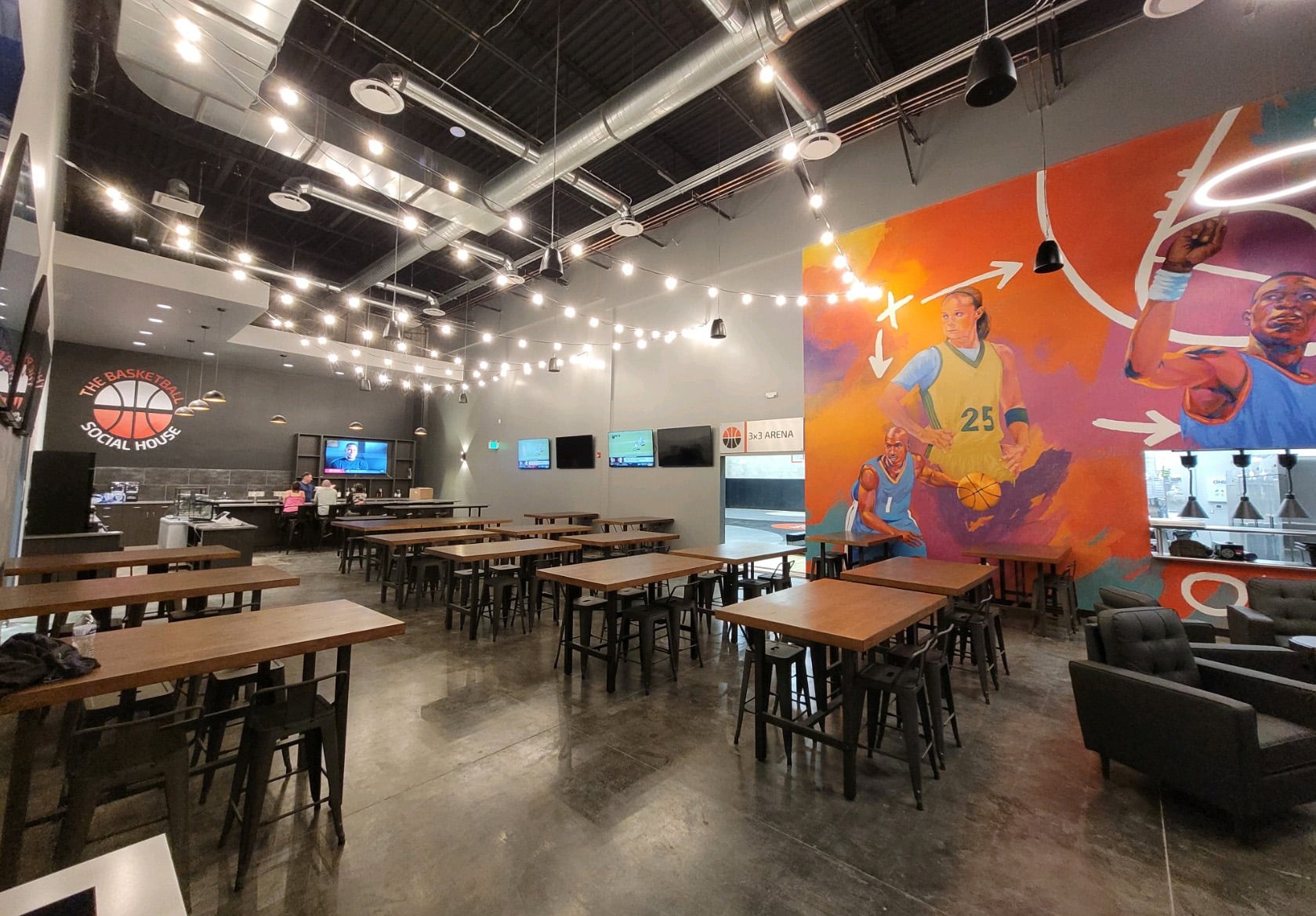 Bemis, on the other hand, had his dream of going pro crushed when he tried to walk on the University of Colorado Denver’s basketball team and got cut, so he turned his focus to school. He spent the last 18 years working on Wall Street and transitioned into private equity, where he helped revamp some restaurants within the firm’s portfolio.

“My new role gave me a lot of autonomy, and it planted this seed in me to do something on my own,” Bemis said.

The pair said a short-lived basketball training app they launched during the pandemic also made them want a brick-and-mortar space that would bring people together. 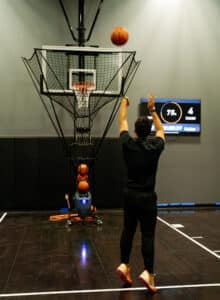 The Dr. Dish shooting machine is featured in the private suites and can be rented out for an hour for $20 a person.

“The problem with basketball facilities is the economics behind it don’t really work, so we were able to flip that on its head and look for what the market is missing,” Bemis said. “Everyone is always so focused on youth, which we’re going to do. But nobody’s thought about adults or the ‘eatertainment’ aspect that can come along with it.”

Bemis and Barnett leased the space last November and began renovations in March. Bemis said they spent north of $2 million on the build out with help from family investors.

“I knew the space would work the second I walked in, but I had to create the whole layout since this concept hadn’t been done before, and architects weren’t really clear on the vision,” Bemis said.

They plan to host a shooting academy for youth players, where small groups will use the Dr. Dish shooting machines in one of the private suites once a week, for $150 a month. Private training sessions for adults and youth players will start at $75 an hour, and adult workout sessions that feature a mix of CrossFit and basketball programs will be available for $55 a month.

On top of that, The Basketball Social House will host adult and youth leagues and tournaments, which will have an entry fee for each player. A “Wall of Hoops” will allow guests to play games like tic-tac-toe and darts with basketballs for free.

Customers can also rent out a suite for an hour with a Dr. Dish shooting machine that tracks your progress and has automated games on it for $20 a person.

“There are 350 million people who play basketball actively, but that doesn’t count the people who used to play,” Bemis said. “I don’t want to play pick-up games anymore. I’m too old and don’t want to get hurt. But we’ve created outlets for people who still want to enjoy the game.”