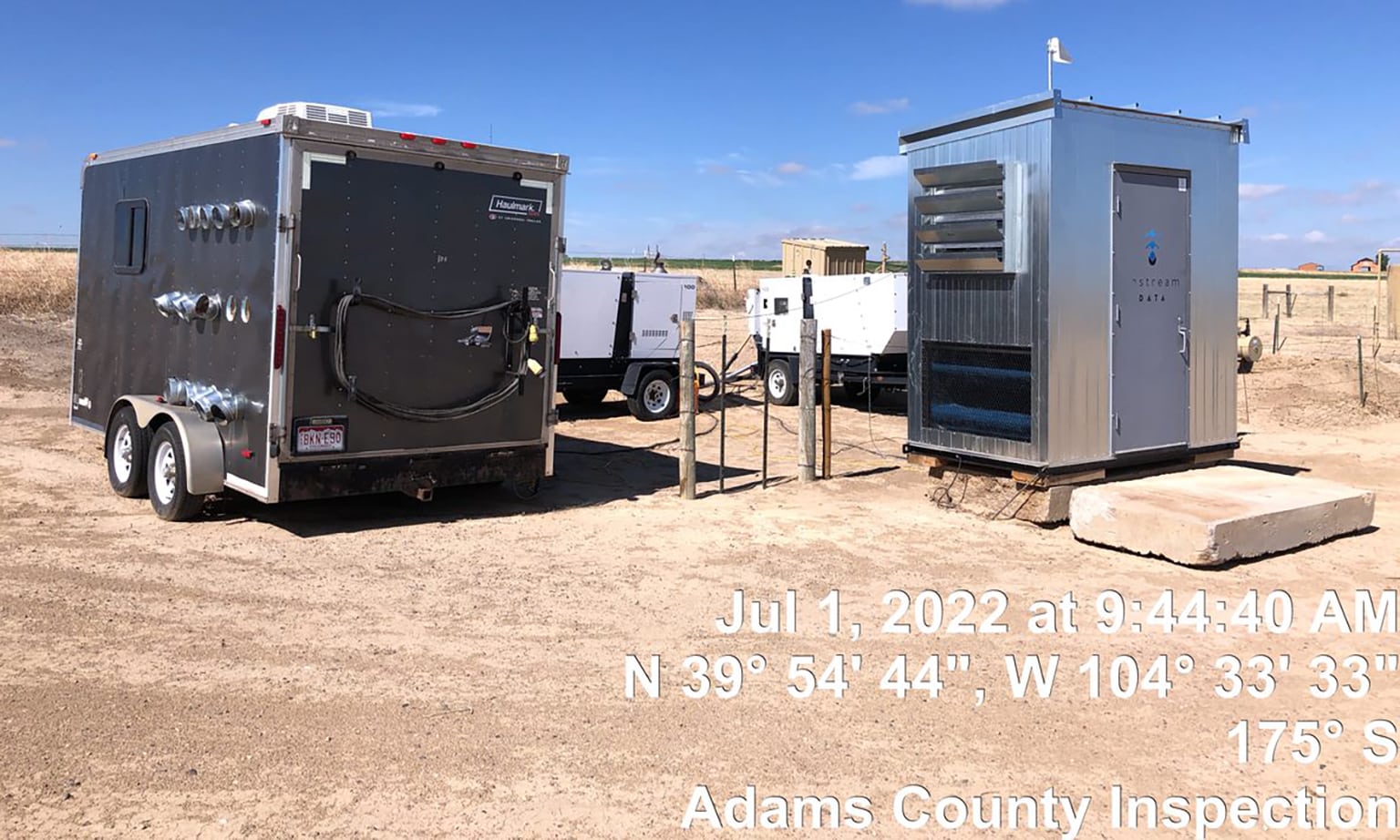 A small cryptocurrency mining operation near 120th Avenue in Adams County is seen in this photo from an inspection report. (Photo courtesy of Adams County)

Ed Ingve, who has owned Renegade Oil & Gas for 35 years, was surprised Wednesday when a  reporter called to tell him his small, Aurora-based company was being sued by the government.

Renegade was sued Monday by Adams County, which is asking a judge there to shut down a cryptocurrency mining operation that Ingve’s company operates from a natural gas well on a patch of pastureland northeast of Denver International Airport.

The county alleges that three inspections between mid-May and early July found zoning violations. Cryptocurrency mining is not listed as a use for agricultural land in zoning laws and therefore is prohibited, according to its lawsuit in Adams County District Court.

In addition to suing Renegade, the county also sued owners of the land at 36520 and 37550 E. 120th Ave., which is in unincorporated Adams County.

Ingve acknowledges the crypto mining operation exists but believes it is allowed under the area’s agricultural zoning, which generally allows for oil and gas extraction. He said Renegade’s crypto mining in other Colorado counties has been accepted by oil and gas inspectors.

“We are basically taking waste gas generally associated with oil production and trying to monetize it in some fashion or form and come up with a beneficial use,” Ingve said in an interview. “This seemed to be a pretty viable way of accomplishing those means.”

In recent years, a niche industry has cropped up that takes natural gas waste and uses it to mine cryptocurrencies. Denver-based Crusoe Energy, which has been valued at close to $2 billion, is one company specializing in the burgeoning tactic. 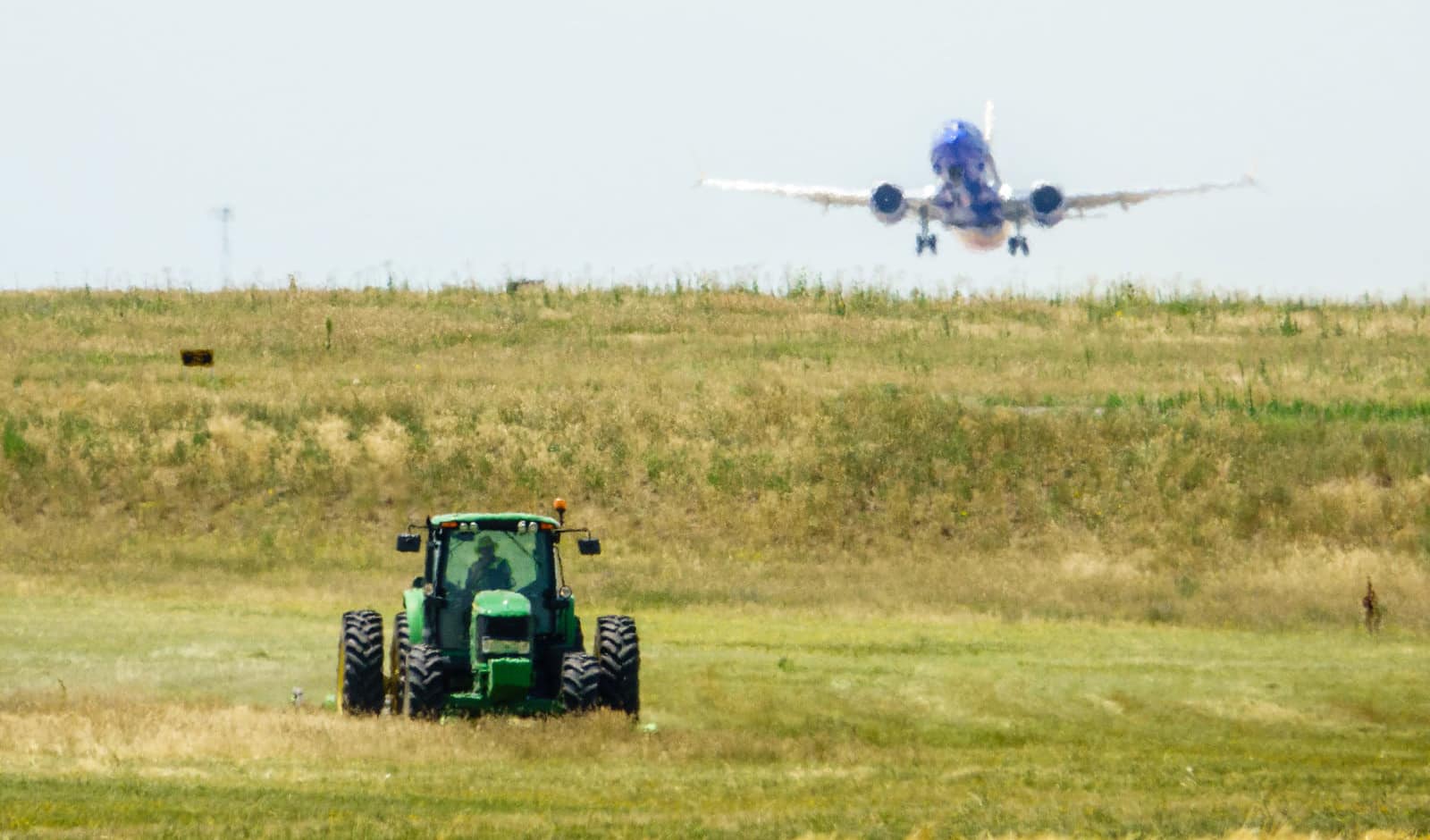 Some cryptocurrencies, most notably Bitcoin, must be “mined” by computers that solve complex puzzles. The mining is energy-intensive but yields valuable, if volatile, digital currencies.

“I know for a fact that there are plenty of people up in Adams County, who I don’t want to narc out, that have significant crypto mining operations in their homes,” Ingve said with a short laugh.

“One guy has it in their shop, another guy has it in his garage with multiple, multiple machines,” the business owner added. “The only thing that’s different about that versus what we’re doing is that we are using natural gas generation to power the mining.”

Ingve said a small shed, about twice the size of a Porta Potty, holds breadbox-shaped computers at his Adams County site. Natural gas comes out of a well, is separated and measured by a meter, then streams into generators that power the computers, he explained.

Adams County alleges that Renegade’s mining operation is not only prohibited but also unsafe. Inspectors found the site lacked a combustion device to prevent gas from venting into the air and lacked a “whip check” to prevent hoses from whipping around if they become disconnected. The site also lacks emergency shutdown devices and spill protections, the lawsuit claims.

Ingve said he believes the site, which is more than 1,000 feet from the few homes in the area, is entirely safe and he isn’t aware of the problems that Adams County claims.

“First, they were claiming zoning violations. Now, I think they’re trying to backdoor into some sort of safety characterization as their way of interjecting themselves here. Like I said, they are the only county to my knowledge…that are even pursuing this,” he said.

Renegade’s gas-powered crypto mining operation likely isn’t the only one in rural Adams County. According to a memo that the county’s economic development director wrote to her staff in May, similar work was being done at 13350 Imboden Road, two miles northwest of Ingve’s well. The memo was emailed to Ingve and Ingve shared it with BusinessDen.

“Understanding that cryptocurrency/digital currency/electronic currency mining is a developing technology and growing in popularity,” director Jenni Hall wrote May 25, “this department will endeavor to develop regulations to allow it in certain zone districts with proper permitting and performance standards to mitigate any potential off-site impacts.”

A small cryptocurrency mining operation near 120th Avenue in Adams County is seen in this photo from an inspection report. (Photo courtesy of Adams County)

The well owner disputes the county’s claims that the operation violates zoning laws and is unsafe.