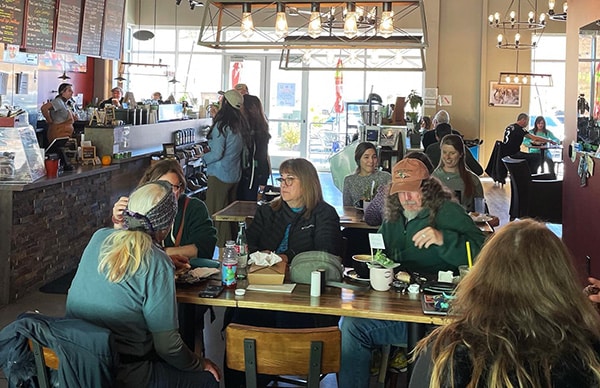 Launch is opening a second location in Zia Sunnyside’s apartment building this fall.

Launch is taking off.

Cindy and Todd Weisrock are preparing to open a second location of the coffee-and-cocktail shop that they established at 18455 W. Colfax in Golden in 2019.

The second Launch, expected to open this fall, is slated for the ground floor of Zia Sunnyside at 4055 Inca St. in Denver’s Sunnyside neighborhood. The apartment building was developed by Golden-based Confluence Cos.

“Our current location is right across the street from a new building being put up by Confluence, which is the same owner of Zia, and they just liked our shop,” Cindy said. “They thought we would be a great fit with their residences, and so one thing led to another, and now, we’re moving in.”

The Weisrock’s signed a lease for the 4,300-square-foot space in February. They’ve hired architect Tricia Calandra with Optimum Property Services to design the now core-and-shell space. 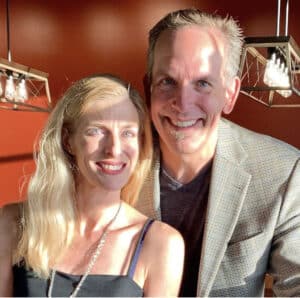 Launch Sunnyside will be open every day from 6 a.m. to 8 p.m. and serve Kaldi’s coffee, breakfast burritos and sandwiches in the morning, and charcuterie, beer, wine and tea and coffee-infused cocktails at night.

There will also be an event space and workspaces for customers who need some quiet space.

“We had considered expanding to Denver before, but it feels more daunting because Golden is pretty navigable as far as permitting and knowing who to turn to,” Cindy said. “We hadn’t scoped out this particular location, but when we saw it, we fell in love with it. It’s right on the bike path, and near the light rail, and there are tons of new apartments and homes around, so we wanted to take advantage of that.”

The couple didn’t have coffee shop experience before opening Launch in 2019, but always had a dream brewing.

“The space we’re in [in Golden] used to be a field on the side of I-70 for years and years, and we kept looking at that spot, thinking it would be so awesome to have a shop there if it gets built on,” Cindy said. “It’s where C-470, 93 and I-70 all meet, and thought it would be a perfect place to grab your coffee before you go up to the mountains. So when they started developing it, we just kind of bit the bullet.”

“Now, we’re that place people come for a Colorado-feel, and the place people meet to launch an adventure,” she added. “People visit us before hikes, skiing or to relax from your 14er.”

Correction: The developer of the Zia Sunnyside building has been corrected. It is Golden-based Confluence Cos.

Launch is opening a second location in Zia Sunnyside’s apartment building this fall.

“Our current location is right across the street from a new building being put up by Confluence, which is the same owner of Zia, and they just liked our shop,” Cindy said.