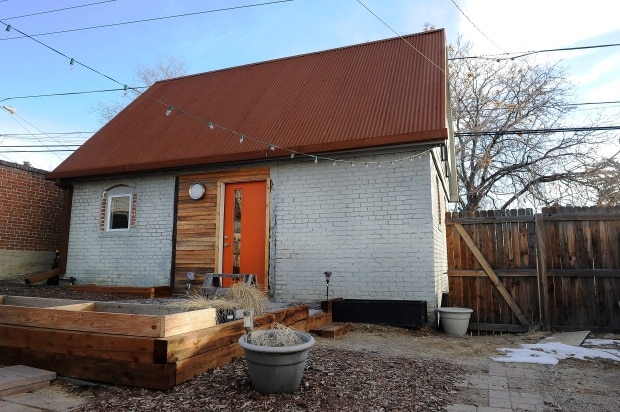 A renovated carriage house in the backyard of a home in Denver’s Sunnyside neighborhood in 2016. (Photos by Anya Semenoff/The Denver Post)

Denver is considering making East Colfax the next neighborhood to be allowed to build smaller additional housing on residential properties.

The City Council is mulling rezoning about 470 acres in the neighborhood to allow people to build an accessory dwelling unit (ADU), which property owners can rent out or use to provide additional housing for family members.

This would be the third neighborhood to be mass rezoned for ADUs, following Chaffee Park in 2020 and Sloan’s Lake in August. Prior to that, homeowners in the neighborhoods have generally had to ask the city to rezone their specific property to allow for an ADU.

Council members Amanda Sawyer and Chris Herndon said ADUs can provide a secondary income for property owners as well as housing that is affordable.

“To gauge the community’s opinions on a potential rezoning, our offices worked closely with East Colfax residents as well as community partners as we considered the role ADUs could play,” the council members said in a statement.

East Colfax Avenue, the street, divides the council districts of Herndon and Sawyer. The boundaries of the neighborhood are generally Quebec Street from 11th Avenue to Montview (with a section that extends to 23rd Avenue), bordered by North Yosemite Street to the east and to 11th Avenue to the south.

The proposed rezoning would allow ADUs in nearly every residential part of the East Colfax neighborhood, except for a few small areas. More than 2,050 properties would be affected by the rezoning.

The proposed zoning would allow ADUs only on lots of more than 6,000 square feet. Denver also has water and sewer line standards that must be met to build an ADU. 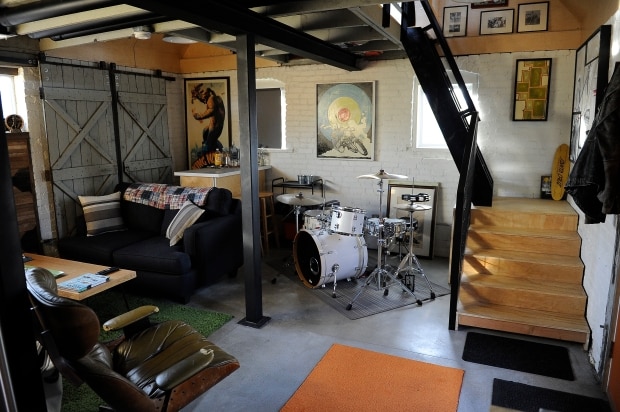 The living area of a renovated carriage house in a Denver backyard in 2016.

There could be more areas mass rezoned for ADUs in the near future. Councilwoman Jamie Torres said she has been hosting town hall meetings since at least this spring on bringing the change to the neighborhoods of Villa Park, Barnum and West Barnum.

The Community Planning Department is creating a program to make it easier for people to build ADUs on their properties citywide to provide more housing for the poorest residents, according to city documents.

The program, according to CPD, is to ensure new ADUs “fit in well” in different types of neighborhoods and block patterns, such as neighborhoods without alleys or ones with smaller primary buildings.

The West Denver Renaissance Collaborative is currently working with Denver’s Department of Housing Stability on ADU projects, and it has a pilot program that helps moderate- and low-income homeowners design, finance and build an ADU on their residential property.

Although the Renaissance Collaborative program is currently restricted to the westside of Denver, the organization is looking to expand it.

The program provides homeowners with development, financing and construction resources to develop a detached ADU, and some homeowners (those who make less than 80 percent of the area median income) may be eligible for a forgivable loan of up to $30,000 to cover building costs, according to city documents.

Owners can also receive the loan if their tenant has an income that is also less than 80 percent of the area median income, and the ADUs designed through the program must be kept income-restricted for 25 years.

A renovated carriage house in the backyard of a home in Denver’s Sunnyside neighborhood in 2016. (Photos by Anya Semenoff/The Denver Post)

It would be the third neighborhood to be mass rezoned for ADUs, following Chaffee Park in 2020 and Sloan’s Lake in August.