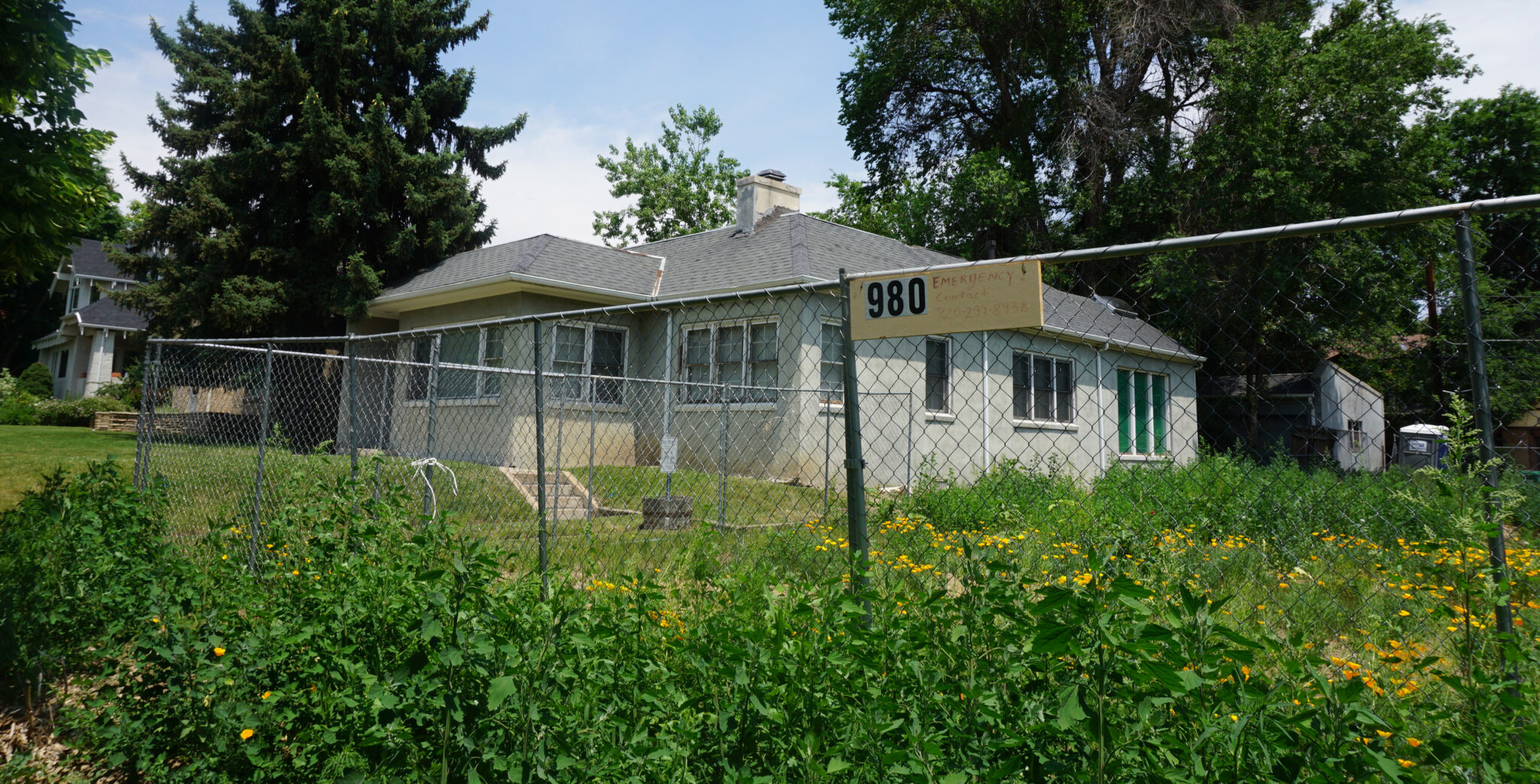 A homeowner right on Wash Park, wary of losing sunlight, has sued his new neighbor over a planned custom home build.

Gary Cook filed a lawsuit this month seeking to overturn a recent decision by Denver’s Board of Adjustment for Zoning, which allows his neighbor to build a home that’s one foot and four inches taller than the lot’s standard 30 foot maximum height.

Cook — whose attorney did not respond to requests for comment — is a local real estate investor who previously owned the former Fontius shoe store building at the corner of 16th and Welton streets and the parking garage at 1730 Glenarm Place, according to previous media coverage.

Both the LLC and the adjustment board are defendants in the lawsuit.

In a May hearing before the board, Robert and Tina Fitzpatrick identified themselves as the owners of 980 S. Franklin St. They are co-founders of Living Mile High, a local custom homebuilder.

The Fitzpatricks, who did not respond to requests for comment, applied to the city for permits to build a three-story home at 980 S. Franklin St., but they were denied for failing to comply with Denver’s zoning code. The home’s design was taller and closer to the street than the code allowed, according to hearing documents.

So the Fitzpatricks filed an appeal, asking the board to grant multiple variances for their design. The board considers whether to grant exceptions to often-minute aspects of the city’s zoning code.

“With development, ideally speaking you draw up plans for what you want to do, meet codes, and get permits,” said Austin Keithler, director of the Board of Adjustment for Zoning. “We acknowledge that while codes are well intentioned, they don’t apply evenly to all properties. So, there are some circumstances where properties can move forward if they don’t meet the code exactly.”

In the May hearing for the Fitzpatricks’ appeal, Cook voiced his opposition to the height variance.

A rendering of the proposed home at 980 S. Franklin St. (Courtesy of Alvarez Morris Architectural Studio)

“Very large homes can be built with the existing zoning code,” Cook said at the hearing. “I am adamantly opposed to variances on a new house that would be directly to my south, which is where the sun comes from throughout the day, blocking sky exposure and sunlight throughout the day next to me.”

The Fitzpatricks and their architects from Alvarez Morris Architectural Studio argued that, due to unusual physical circumstances, a height adjustment would need to be made to accommodate their design.

The 980 S. Franklin St. property is located in a potential flood zone that impacts 18 homes in the immediate area, they said. As a result, the city required that the owners raise the property’s finished floor elevation 2 and a half feet higher than usual.

“We understand that the adjacent property is concerned about the sun and solar shading that we might create, but unfortunately that might be the case regardless since we’re only asking for 1 foot 4 inches higher, which we don’t believe will make that much of a difference,” said Audrey Gibson, architect for Alvarez Morris. “Even if we build 1 foot 4 inches lower, it would still be a 30-foot home.”

The board granted the Fitzpatricks the height variance in a 4-1 vote, allowing them to build to 31 feet and four inches, but denied their other requests.

“I know neighbors don’t want a three-story home next to them,” said board Chairman Jim Keavney. “That’s not what we’re talking about. We’re talking about 16 inches higher than what’s allowed. If we could see the difference in the shade effect of what they’re proposing, I would see a viable argument.”

Cook later filed an application for reconsideration in response to the board’s decision, but it was denied.

“Basically, the only other way to appeal a decision is to file a lawsuit in district court,” Keithler said.

In his June 8 lawsuit, Cook alleged that the board decision was “clearly erroneous, contrary to law, was not supported by competent evidence and was a misconstruction or misapplication of the applicable Code provisions.” He’s asking the court to overturn the decision.

Gary Cook, arguing that a three-story home 16 inches taller than city code allows would block his sunlight, asks a judge to overturn a Denver board's approval.