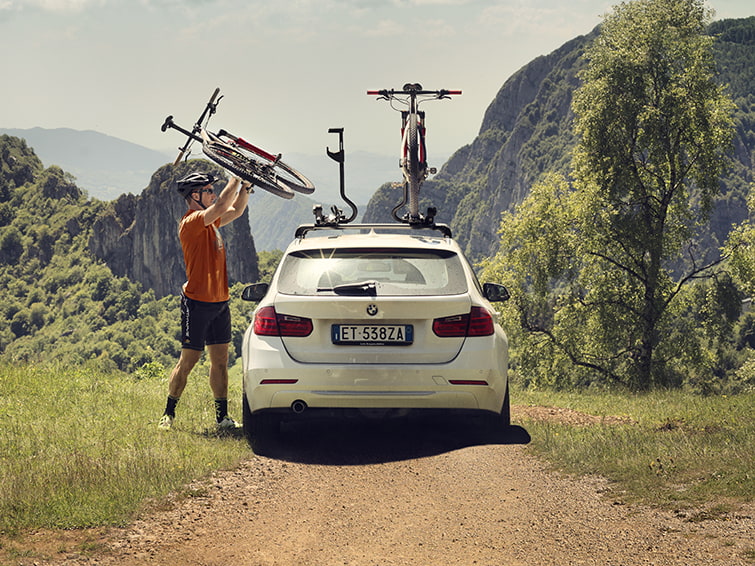 Thule is most known for vehicle accessories like bike racks, but the company has expanded its product lines in recent years. (Courtesy of Thule)

Thule has picked downtown Denver for its first store in North America.

“We, like many brands, look at the state of Colorado and the city of Denver specifically as an outdoor hub when it comes to consumers,” Thule spokesman Chris Ritchie said.

The Thule store, slated to open June 11, will be on the Market Street side of Market Station, which takes up most of a full city block downtown along the 16th Street Mall.

The retail portion of the project has been branded “Basecamp Market Station,” with an eye on luring outdoor companies. Boot company Danner also previously confirmed plans for a store in the project.

While Thule (pronounced “too-lee”) still sells plenty of cargo carriers to set atop your SUV, the company also now offers backpacks, luggage, jogging strollers and rooftop tents. Richie noted the firm acquired Colorado-based bagmaker Case Logic in 2007, and the Chariot brand of trailers and strollers in 2011.

“It was a deliberate shift to move from a vehicle accessories brand to more of an active lifestyle brand,” he said.

Thule has “a few dozen” dedicated stores in Europe, Asia and South America. Up to this point in North America, the company has been content to just have its products sold by retailers like REI and local bike shops.

But those retailers generally sell just some of Thule’s products. So Richie said the company sees value in a store that will carry the company’s entire product line, particularly the newer components.

“There’s still some awareness that we’re looking to drive,” he said.

Ritchie said Thule is interested in a general sense in more U.S. stores but has “nothing really planned out at this point.”

The downtown store will be operated by Rack Attack, whose car accessories stores normally sell Thule and other brands. In Colorado, Rack Attack has stores in Golden, Colorado Springs and at 5500 E. Evans Ave. in Denver.

Market Station, which tops out at 10 stories, is built in a “u” around RTD’s headquarters building at 1660 Blake St. It also features apartments and office space, which has lured Chase Bank as a tenant.

Thule is most known for vehicle accessories like bike racks, but the company has expanded its product lines in recent years. (Courtesy of Thule)