The most expensive home on the market in Denver has an asking price of $21.5 million.

The 9,446-square-foot mansion at 9 Polo Club Lane, which sits on 6.5 acres in Denver’s Polo Club neighborhood, was listed last week.

“To say it’s a generational opportunity is an understatement, and I think someone who wants an assemblage of land that’s like a park in the middle of the city will recognize that an opportunity like this doesn’t come around often,” listing agent Josh Behr with LIV Sotheby’s International Realty said.

The property is owned by Diane and Marshall Wallach, according to public records. Diane is the daughter of Charles C. Gates Sr., who bought Colorado Tire & Leather Co. with his brother John in 1911 and renamed it Gates Co. They grew it from a tire maker into a diverse rubber manufacturer before selling it to London-based Tomkins PLC for $1.16 billion in 1966.

The property has been owned by the Gates family for decades, and Diane inherited the property following her brother’s death in 2005, records indicate. 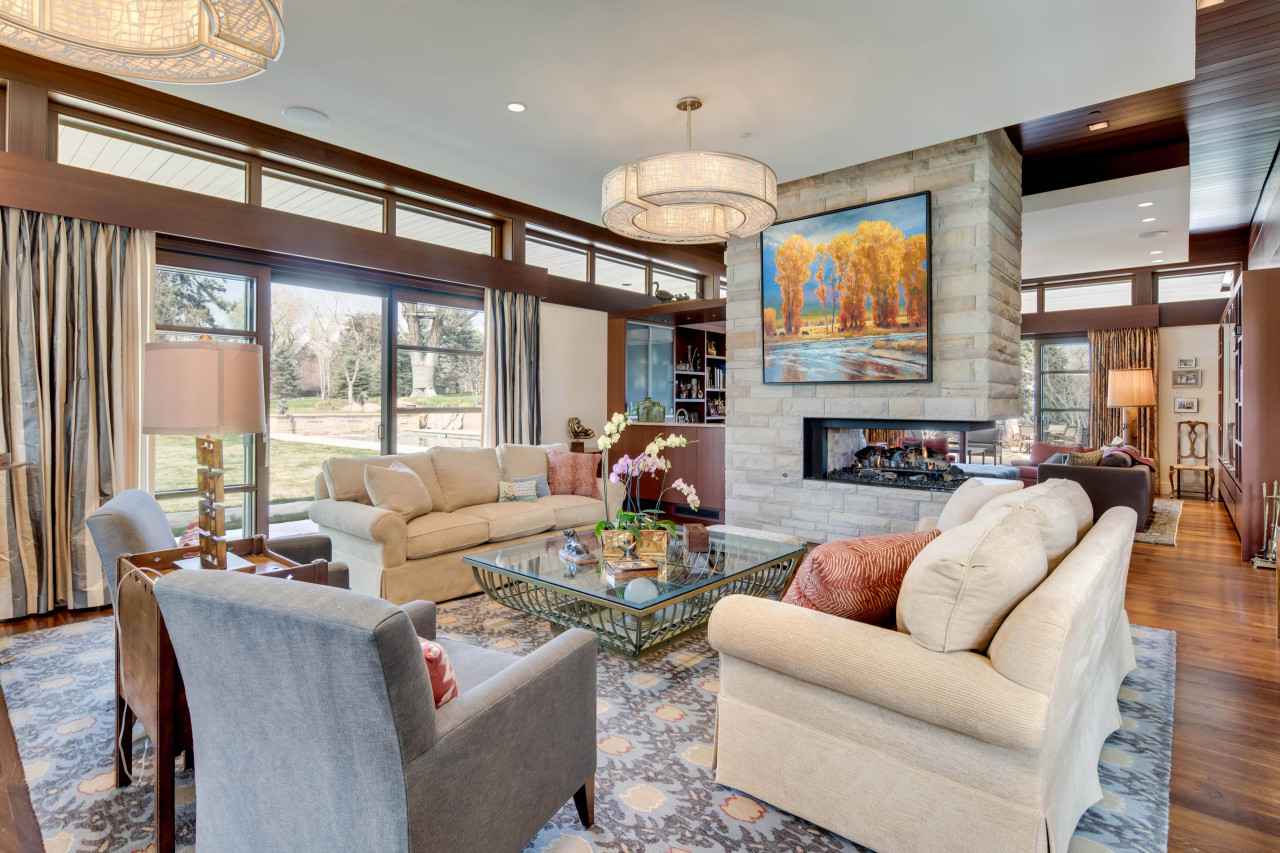 The home was designed by CLB Architects and rebuilt by Shaw Construction in 2013.

In 2013, the couple hired Wyoming-based CLB Architects and Denver-based Shaw Construction to design and rebuild the new contemporary home and its guesthouse. It’s surrounded by mature trees and oriented to capture views of the parklike lawns and gardens, Behr said.

“The land alone could easily get $15 million or $16 million just for the dirt because there are two lots in addition to the 3.8 acres that the home sits on,” Behr said.

Stats: The main house features four bedrooms and five bathrooms across 8,417 square feet, including a finished lower level. Connected by a breezeway, the 1,000-square-foot guesthouse offers two bedrooms, a kitchen, and a generous family room and dining space.

The finer things: Denver’s highest-listed property was inspired by famed architect Frank Lloyd Wright’s designs, Behr said. Wright liked to blend homes into their surroundings using organic architecture. The Polo Club home features organic materials, such as sapele and alder wood paneling, as well as Colorado sandstone throughout the rooflines and deep overhangs, according to the listing.

Inside, there’s a chef’s kitchen, a temperature-controlled greenhouse, and the living room is lit up by a wall of oversized windows. Two libraries, a study and the master suite with a fireplace, walk-in closet and expansive bathroom, can also be found on the main floor. The finished basement includes three bedrooms, a fitness area, and a steam shower.

Outside, there’s a five-car garage, a pool and hot tub, a guesthouse, perennial gardens and three fountains.

The current costliest deal was $16 million for a Four Seasons penthouse. The 6.5-acre Polo Club property is on the market for the first time in 70 years.