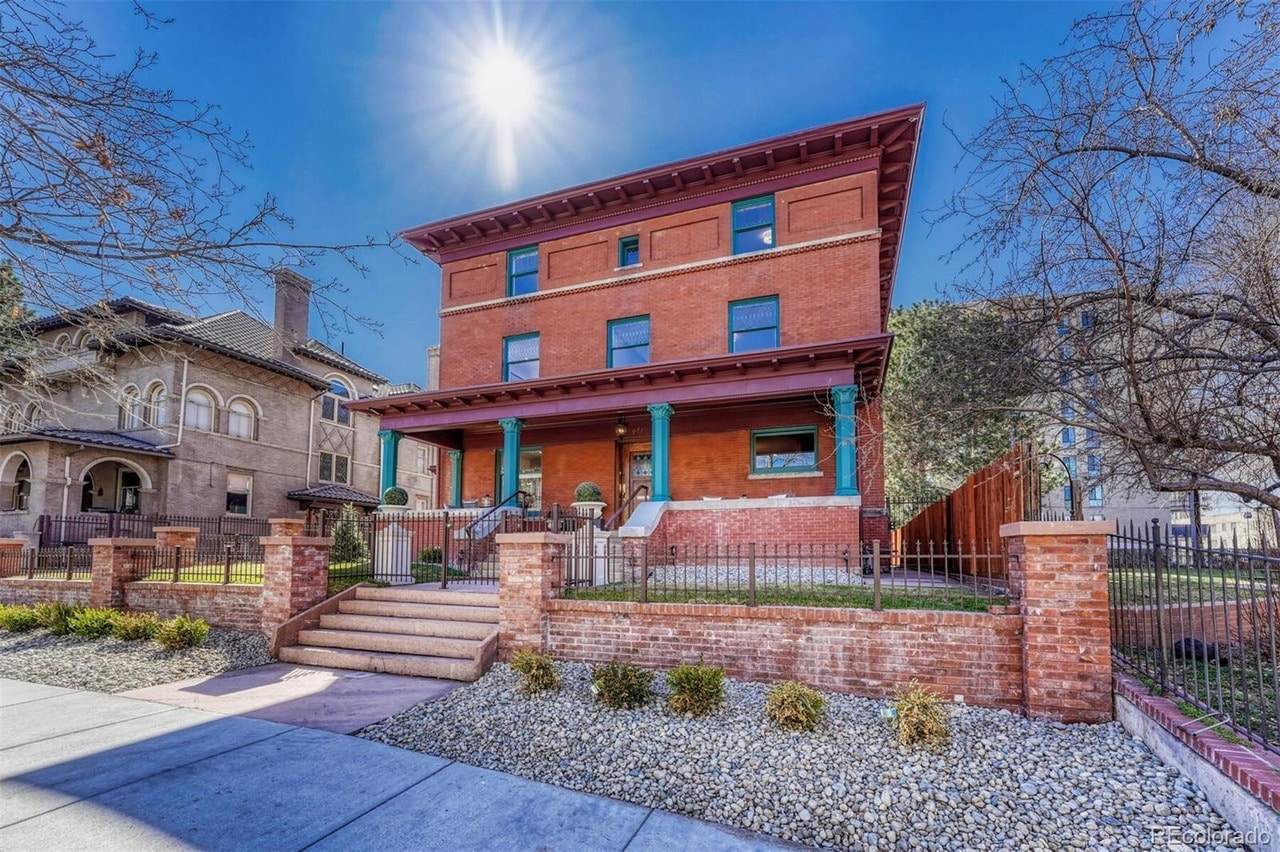 This Cap Hill home was built in 1896 and designed by the architects behind Denver’s Union Station. (Photos courtesy of Keller Williams DTC)

After a $4 million renovation that took nearly four years, a 125-year-old Cap Hill home is on the market after the owners decided not to move in.

The home was originally built in 1896 and designed by famed Denver architects Aaron Gove and Thomas Walsh, who also designed Union Station and the University of Colorado Boulder campus.

The Reddys purchased the home as MSR LLC I for $900,000 in 2017, according to property records. They then underwent the $4 million renovation project, which included an overall contemporary update, as well as a restoration of the home’s original features.

“They had craftsmen come in and scrape all the original wood to refinish it, as well as repair all the original leaded glass windows to their original state,” said listing agent Diana Nelson-Peterson. “Then they updated the electrical, plumbing and roof, and added heated kitchen floors, heated master bathroom floors, steam showers, surround sound throughout the whole house, a movie theater, wine cellar and more.” 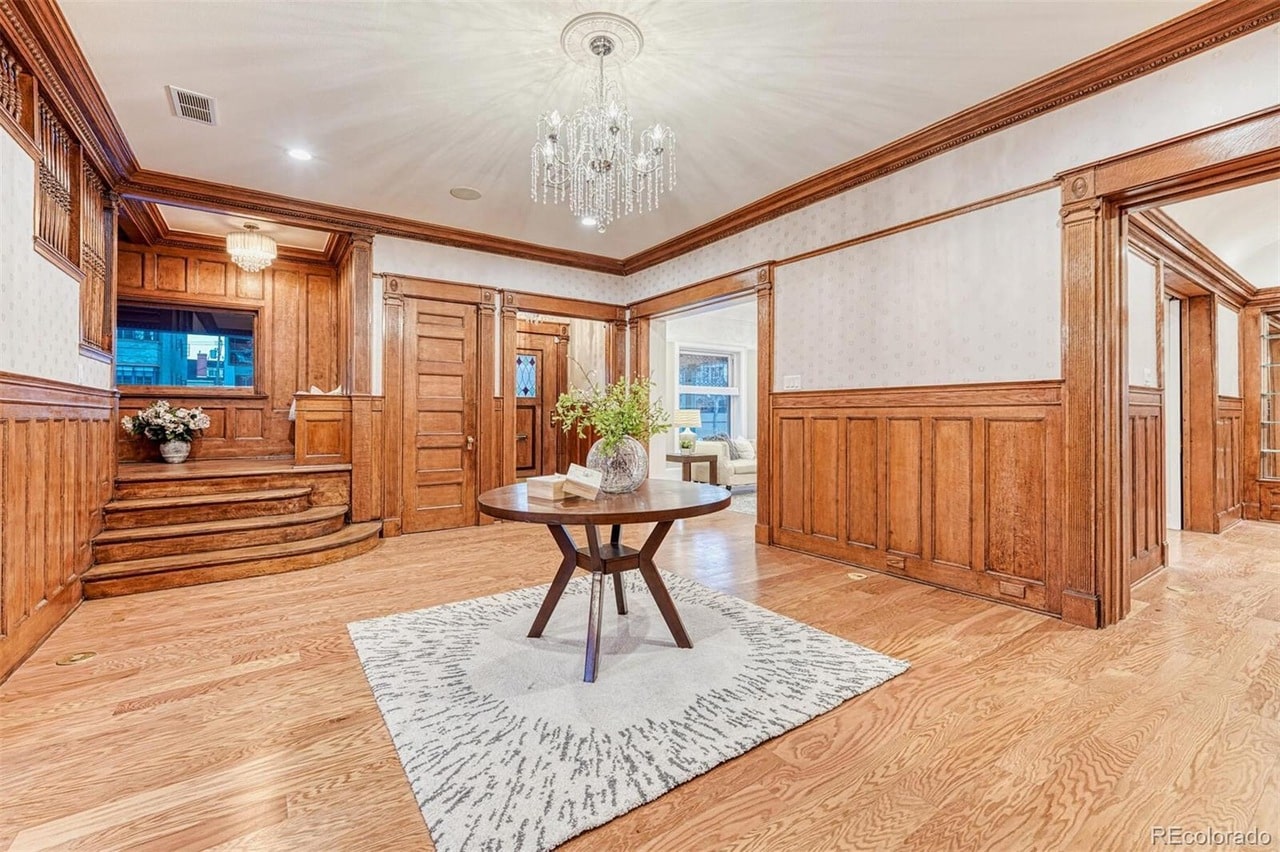 The owners hired a team of craftsmen to restore the home’s original woodwork and windows.

Despite spending nearly four years updating and restoring the seven-bedroom, five-bathroom property, the Reddys weren’t quite ready to part from their current home in Cherry Hills Village, according to Nelson-Peterson.

“They’ve never lived in it, but this was a true labor of love for them,” Nelson-Peterson said.

In January, the couple sold four parcels in RiNo, including the single-story building at 2550 Larimer St., which bears signage for IMAC and is painted with hundreds of blue and orange eye-like designs, to retail real estate firm Edens for $8.5 million.

Stats: The three-story property is a Denver Square home, featuring equal square footage on each level. There’s nearly 7,000-square-feet above ground, plus a 2,000-square foot finished basement with a theater, full bar, wine cellar and studio with a mirrored wall. 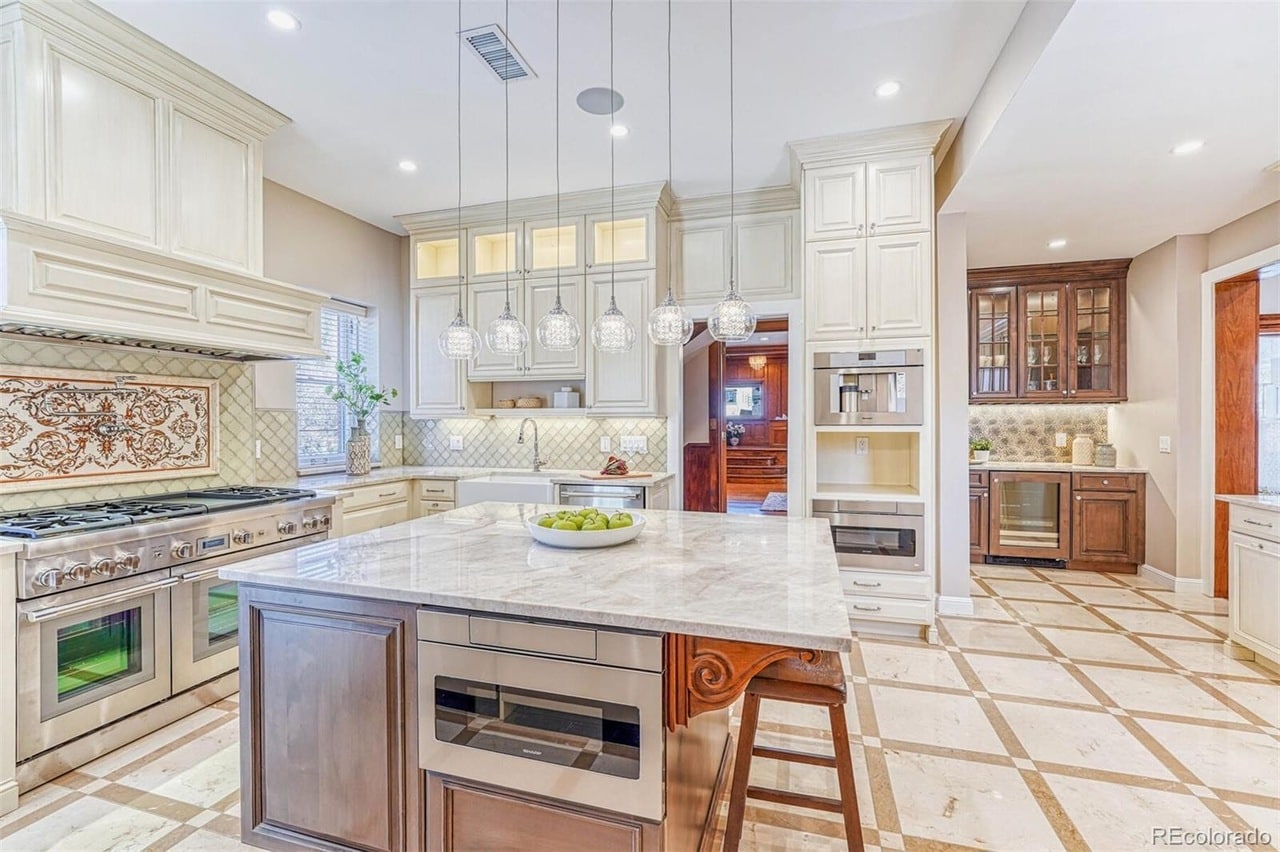 “And it’s not the typical carriage house you’re thinking of with a house above the garage,” Nelson-Peterson said. “I mean it’s the original horse and buggy carriage house.”

The Cap Hill home also features six fireplaces throughout, marble floors, and crystal chandeliers. Outside, there’s a built-in outdoor grill and patio, as well as a three-car garage.

“It’s an 1896 historical-designated home with current modern 2021 updates on the inside,” Nelson-Peterson said.

This Cap Hill home was built in 1896 and designed by the architects behind Denver’s Union Station. (Photos courtesy of Keller Williams DTC)