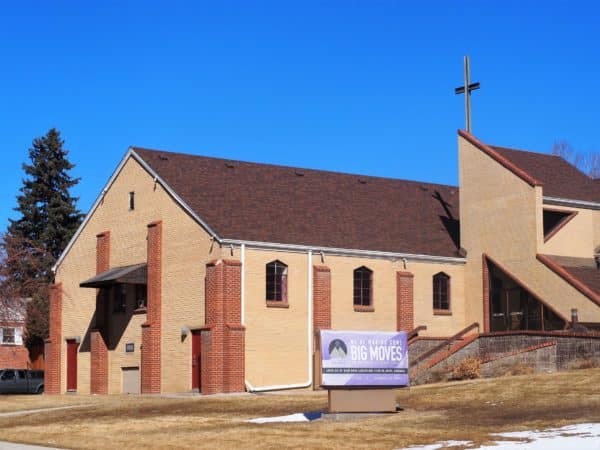 The church in the Sloan’s Lake neighborhood dates to the early 1950s. (Thomas Gounley photos)

The days are numbered for a 70-year-old church in the Sloan’s Lake neighborhood.

Vice President of Sales and Marketing Brian Cartwright told BusinessDen that the company plans to demolish the church and build 10 detached single-family homes. The company paid $46 a square foot for the 1.67-acre lot, which is a block north of Sloan’s Lake Park.

“As a builder, we have specialized in some of these infill locations,” he said.

The homes will likely list for between $1.5 million and $2.2 million, Cartwright said. They are being designed by Woodley Architecture Group, which has offices in Littleton and California.

The project will be somewhat smaller, and pricier, than the past projects for Blvdway, which was founded in 2015, and is owned by Aaron Foy and Jason Fertig.

The company has done one other project within Denver city limits, a 28-unit row home project in RiNo known as Larimer Row. In Thornton, Blvdway has built two townhome-only projects, the 96-unit Sundance Reserve and 120-unit Riverdale Park. In Englewood, it completed the 136-unit Iron Works Village, which has a mix of townhomes, single-family homes and paired homes.

A similar mixture of home types is planned in Edgewater, where Blvdway has begun sales for its 56-unit Edgewater Crossing project. Those homes are generally listed from the high $400,000s to the mid $600,000s, Cartwright said. 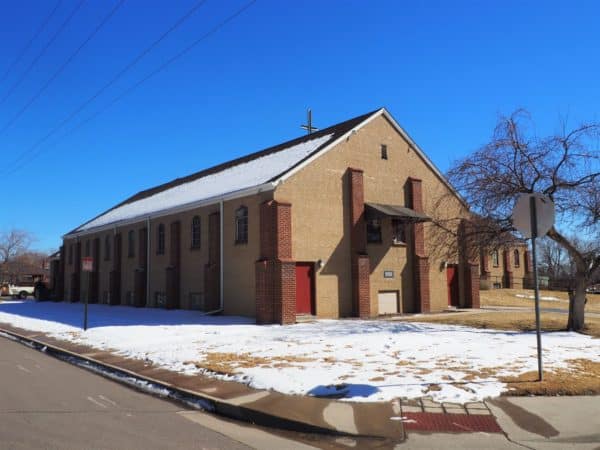 The congregation that used the church moved out in late 2019 after it merged with another church in Arvada.

Cartwright said construction could begin in Sloan’s Lake toward the third quarter, with closings taking place early next year.

The church at the site was built by the congregation that sold it, according to Lee Brown, who became pastor in 2017. A cornerstone, dated 1951, indicates the congregation was known as North Denver Church of God back then.

“The church was planted before the neighborhood was there, so it grew up around the church,” he said.

Altitude Church has about 140 members, although Brown said it’s become harder to say with certainty over the last year. Roughly 80 percent of worshippers are still tuning into services from home.

Altitude also plans to sell the Arvada church it is currently using, and create “an epicenter of hope” elsewhere in that area, potentially in a former big-box store. Brown said both the Arvada and Sloan’s Lake buildings have sizable maintenance and renovation needs. Some potential users looked at the Sloan’s Lake building, but found that a challenge.

“The cost of those types of things … would have been pretty prohibitive for most,” he said.

Brown said the church spoke with its neighbors in Sloan’s Lake before and during the sale process and found they “didn’t want a high-rise or a skyscraper there.” Blvdway’s plans, he said, will “continue the vibe of the neighborhood.”

The church in the Sloan’s Lake neighborhood dates to the early 1950s. (Thomas Gounley photos)