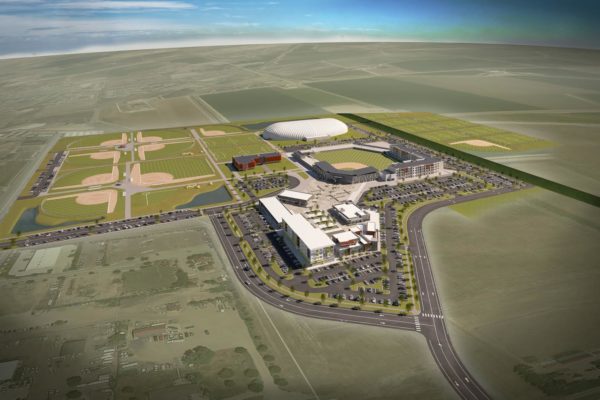 A rendering of the planned Future Legends Sports Complex in Windsor. Courtesy Katofsky

Northern Colorado is getting a new professional baseball team next year, but it may not get a chance to play in mid-2021 depending on how widespread COVID-19 is at that time.

The Orem Owlz, currently based in Orem, Utah, will move to the under-construction Future Legends Sports Complex in Windsor as part of an eight-team Pioneer League that is tentatively scheduled to begin play on Memorial Day in 2021, according to a statement from the team Monday morning.

The Pioneer League has long been a rookie league within the MLB pyramid as an affiliate of the Los Angeles Angels. However, the MLB designated it as a “Partner League,” meaning it will become an independent league where players won’t be able to be called up to higher teams in a major-league club’s farm system.

The 91-game schedule is tentatively based on whether COVID-19 restrictions are in effect at that point next year.

Rick Berry, the president of professional sports for the Future Legends Complex, told BizWest that the Pioneer League is taking cues for how to proceed in preparation for the 2021 season from the MLB and public health organizations.

That includes the possibility of minor league games being cancelled for 2021 and pushing the Owlz’ Northern Colorado debut to 2022.

“Everything for us for minor league baseball will be contingent on Major League Baseball and how they go and move forward,” he said. “It’s a little bit of a holding pattern, so to speak.”

While several COVID-19 vaccines have been submitted for emergency approval by federal regulators, public health experts generally believe widespread inoculation won’t be possible until the late spring to early summer of next year.

Berry said the team is part of the larger economic development effort that the Future Legends complex represents, drawing visitors while the other fields in the complex are expected to draw youth sports competitions and other events from across the country.

While the team could have a larger staff as a result of being independent rather than using shared staff with the rest of a farm system, the minor leagues being cancelled in 2020 and the impact of COVID-19 make estimating a potential headcount of new employees difficult, he said.

Developer Jeff Katofsky, who owns the Owlz, is also developer of the Future Legends complex.

The team considered moving to Pueblo in recent years, but the deal fell through after city officials balked at the potential cost of the project. 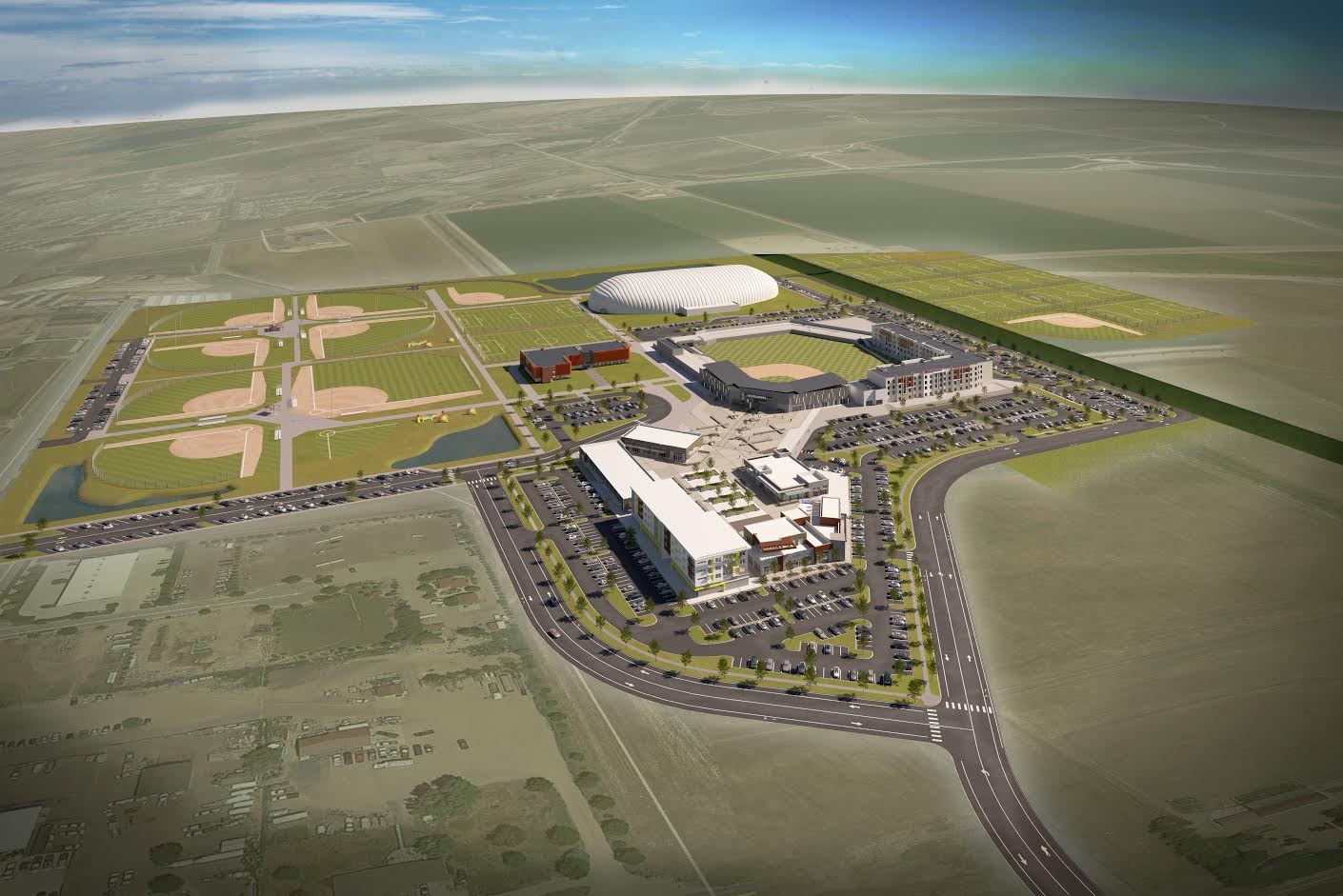 A rendering of the planned Future Legends Sports Complex in Windsor. Courtesy Katofsky

The Orem Owlz, currently based in Orem, Utah, will move to the under-construction Future Legends Sports Complex in Windsor as part of an eight-team Pioneer League