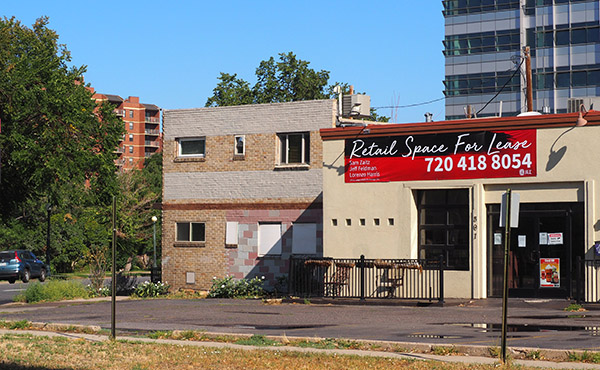 There’s one less coffee shop along Speer on the way to downtown.

The Dazbog Coffee location at 501 W. 12th Ave. has closed, and a for-lease sign has gone up in recent days. The company didn’t respond to a request for comment.

Dazbog opened its first retail location at 3773 Cherry Creek Drive North in 2006. The company now has about 25 locations in Colorado and Wyoming, according to its website.

The location at 12th and Speer had been open since at least 2007, according to archived Google Streetview images.

In 2019, Dazbog completed construction on a production facility in Lincoln Park dubbed the “Red Square.” It can be seen from Interstate 25.

Peet’s Coffee, at 2005 17th St., is another downtown coffee shop that closed in recent months.

The company, which has about 25 locations in Colorado and Wyoming, built a production facility in in Lincoln Park dubbed the “Red Square” that can be seen from Interstate 25.