Colorado paddleboard manufacturers are riding a wave of higher demand – but the season started out in the trough.

In March and April, Mike Harvey, co-founder and co-owner of Salida-based Badfish, said he looked at his inbox through his fingers. He could barely stand to watch the wave of cancellation emails piling up.

Then, Badfish’s outdoor retail partners became overwhelmed with demand nationwide and presold everything as consumers desperate for an outdoor activity jumped into standup paddling.

Sales are up 35 percent from last year, and the company sold out before July 1 for the first time.

“I wish I could say I was smart enough to see it coming,” Harvey said. “Now, of course, it makes sense.”

Harvey thinks the newfound love for the outdoors will stick as people seek family-friendly activities that don’t require plane travel. He added that when demand does fall, it will settle higher than pre-pandemic levels.

Johnny Lombino, founder and owner of SOL Paddleboards in Telluride, said this is his company’s best year: Sales have roughly doubled from the 1,000 boards it sells in a normal year. He said the company has been selling out all year and hopes to top 2,500 boards in 2021. 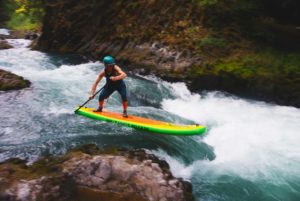 “People want to get outside and paddle in social distancing, and this is a great way to do it,” Lombino said.

SOL has seen demand from first-timers and experts alike for its boards, which range from $599 to $3,000.

Lombino founded SOL in 2011 and spent over $30,000 in savings on research and development. He said that’s led to features such as a patent-pending shoulder strap carry system and a camber underfoot, a convex board shape that keeps it from bending or flexing in the middle under weight like a flat board.

In Steamboat Springs, Hala Gear is on pace for its best year yet and can’t keep up with demand, founder and owner Peter Hall said. Nearly all models, which range from $999-$1,599, are on back order after the company delayed production in mid-March due to a hazy outlook. 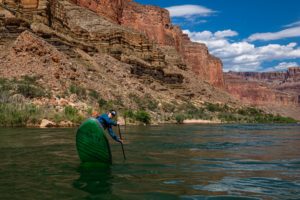 Demand slowed before rebounding sharply around Memorial Day, but Hall said it was too late to get the supply chain up to full speed in time. Hala Gear drop shipped directly to customers who ordered through third-party sellers, as the company’s site had increased demand just before its retail partners.

Sales revenue is up around 40 percent from last year, Hall said, and he’s monitoring indicators such as inventory velocity to gauge future demand. While it’s too soon to tell what’s next, or even when orders will come in, Hall hopes Hala Gear will be ready.

“At least now, after going through it, we know the levers to pull,” Hall said.

“I wish I could say I was smart enough to see it coming,” said one co-owner. “Now, of course, it makes sense.”