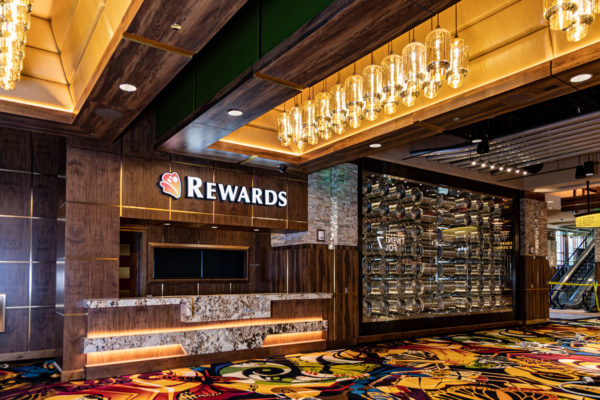 David Farahi has a tough hand. Even by COVID-19 standards.

In addition to managing an indoor business where customers spend hours sitting next to each other and eating at the restaurants, Farahi is also managing the final stages of a $300 million expansion to finish a 23-story resort with 516 hotel rooms. The company hopes to open portions of the hotel this year. 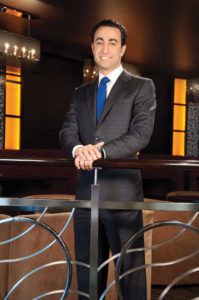 In a new regular feature with local executives, BusinessDen talked with Farahi about how he’s steering his firm during the pandemic. Below is an edited transcript.

BusinessDen: What was the reopening process like, and what were the biggest challenges?

David Farahi: Closing was challenging because we’ve never closed before. And then we brought all of our team back for special training. Everyone learned the new safety standards and how to implement them. Over 200 team members got tested, and thank God, we had zero positives. We deployed a product called MicroShield360 (an antimicrobial coating product) across the entire casino floor. … We’re constantly re-evaluating what we put in place.

BD: What does the “new normal” look like for the casino right now?

DF: From Day 1, we’ve been doing temperature checks using a temperature gun. We just ordered a thermal scanning device to replace the temperature guns so that the person checking the temperature doesn’t have to be within an arm’s length of the person whose temperature they’re checking. We installed sensors in all of our entrances and exits to ensure our occupancy stays within the requirements by the state (175 guests or 50 percent capacity per occupied space, whichever is lower per space) and, really, even exceeds it. We put protocols in place to ensure that our building’s occupancy is less than 25 percent of the total fire code occupancy. Right now, table games are still not allowed, so there’s no Blackjack or roulette. We don’t know when we’ll be allowed to have those games back. We moved the majority of our table games off the casino floor so that we could have more space for socially distanced slot machines.

DF: Yes. Thankfully, yes. (According to the company’s earnings report out this week, Monarch reported quarterly profits of $7 million on revenue of $15 million).

BD: What was the thought process behind furloughing 90 percent of Monarch’s employees and having the board and CEO go without pay while the casinos were closed?

DF: We had to slash expenses aggressively and quickly.

BD: Monarch said activity at Black Hawk may resume faster than at other casinos if guests are reluctant to hop on planes, since most of that casino’s revenue comes from guests who live within an hour’s drive of Denver. Have you seen that happening so far?

DF: We’re hopeful that our resort opening will encourage people that used to like to fly to Las Vegas to keep their gaming entertainment in-state and avoid the planes and drive the short 45 minutes to Black Hawk. We don’t have the resort open yet, so we can’t come up with a staycation. (Ameristar) has many weekend nights when they’re sold out, and when they’re not sold out, they’re getting a very healthy room rate, which is an indication of the demand for rooms in this market.

BD: What’s the status and timeline for the Black Hawk renovation and expansion project?

DF: Construction has continued throughout during the COVID closure of the operations in compliance with the protocols that the state put for construction projects. We have not announced a date yet for the opening. But anybody who comes into the operating casino today will see that the temporary wall between the old and the new has come down. The lower floors there are pretty much complete. (For the opening,) we hope soon.

DF: Maintaining the safety of our team members and our guests. Secondly, we are expanding our team. We have to bring back team members from furlough and hire hundreds of new team members (roughly 500) for the resort opening.

BD: Who is a business leader in or out of your industry that you think has led well amid the pandemic?

DF: Arne Sorenson, the CEO of Marriott international, I thought had a great message at the start of the closures. I think he’s been at the top of setting a path for the hospitality industry. He didn’t sugarcoat anything. He expressed there are tough times ahead, no doubt, but his team, like our team, has the resilience, the fortitude and the foundation to be able to come out of this situation stronger. We went into this challenge with really the best balance sheet in regional gaming, which has allowed us to do things (like preventative maintenance in buildings to improve airflow) that others have not been able to.

BD: What are you doing for fun or to relax during this time?

DF: I got a bike, and I’m hitting bike trails with my 18-month-old son. I did 15 miles with him the other day. The first two bikes I wanted to get; they were sold out. I said, ‘If I don’t get this one, I’m not gonna get one,’ so I just got my third choice.

We’re talking with local executives about steering their firms during the pandemic.