The developers behind 9+CO announced Tuesday that Elevation Cycles, Fluff Salon and Sweet Combforts have leased space in the project at 9th and Colorado Boulevard.

Bike shop Elevation Cycles is familiar to Denver. The company has three locations, in LoDo, Parker and Highlands Ranch. Fluff Salon has a location in LoDo.

Sweet Combforts is a dessert shop that serves Belgium Liege waffles on a stick. Customers can choose from shakes, ice cream and a variety of waffle pops, including one dipped in white chocolate and covered with Fruity Pebbles and cheesecake. The company has two locations, in Riverside, California, and Kansas City, Missouri.

9+CO, being developed at the former University of Colorado hospital site, is a joint venture between Continuum Partners and CIM Group. 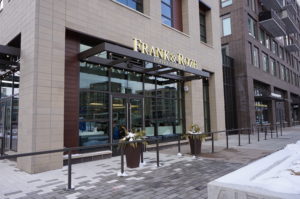 Most tenants plan to open this year and a few will open next year, according to the developers. 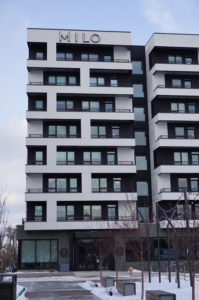 In addition to retail, the development also includes office and residential space.

The first apartment building, named Theo, opened in May 2018 with 275 units.