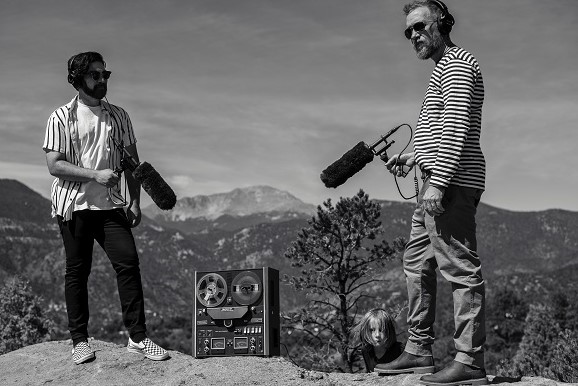 History Colorado is trying to be a little more modern in its efforts to convey the past.

So it’s dipping into the podcast craze with the launch of “Lost Highways: Dispatches from the Shadows of the Rocky Mountains,” the first episode of which went live on Wednesday. It can be found on the organization’s website and everywhere else podcasts are hosted.

“I want people to come away with some new stories that they maybe didn’t know before,” said Jason Hanson, chief creative officer for the historical society and head of the project. “Hopefully they’re stories that engage and entertain, but also that shed some light on how we got to the way things are today. I think the podcast is just about one of the most engaging ways to do that.”

The first season will have six episodes that air every other Wednesday, Hanson said. Each season will have a theme, but each episode will tell its own story. The podcast is hosted by native Coloradans and journalists Noel Black and Tyler Hill.

The first episode, called “Six Gay Weddings and a Horse,” tells the story of a Boulder County clerk who issued the first legal marriage license to a same-sex couple in 1975. Though it just aired publicly yesterday, a group at The Center, an LGBTQ organization in Denver, got to hear the episode as a group during Pride Month as one of the podcast’s “community listening sessions.”

“One thing that we want to do is to bring these stories to where people are — people who are members of a community that may be affected by the stories,” Hanson said.

The Sturm Family Foundation is funding the project, and originally approached History Colorado about two years ago about taking it on. Hanson said the organization already had been discussing ways to engage people in a more modern way. Because History Colorado has an extensive collection of audio archives, they decided to move forward.

“We went through a long process of thinking through how it would take shape, and then we hired our team,” Hanson said. “They’ve been gathering stories and doing research and legwork for a little over a year now.”

The hosts do “a fair share” of archival research to develop the episodes, but employees from various departments at History Colorado are lending their expertise as well, Hanson said. A team of a dozen has been directly involved.

Black, who is senior producer and lead host of the podcast, most recently worked as a host and producer for KRCC public radio in Colorado Springs. Hill, producer and co-host, came from NPR in Washington, D.C. Both men were born and raised in Colorado.

Season two is already in the works, Hanson said. The eight-episode season will air around the same time next year.

“This is the flagship of what we think will be eventually a suite of offerings,” Hanson said. “The hope is that this resonates with people, and that they listen to it not because they think they’re needing a history lesson, but because it’s an entertaining show.”

The first season will have six episodes that air every other Wednesday.