The first Denver homeowner to sue the city over a denied short-term rental application has moved to dismiss the lawsuit.

The motion to dismiss filed Aug. 28 in Denver District Court states that plaintiff Karyn Contino “has elected to pursue relief in a different form.”

Neither Contino nor her attorney, Phillip Khalife of Frascona Joiner Goodman & Greenstein, responded to a request for comment Tuesday.

Contino sued the city’s Department of Excise and Licenses earlier in August over its decision not to renew the short-term rental license for Contino’s home at 464 Adams St. in Denver on the grounds that it isn’t Contino’s primary residence. 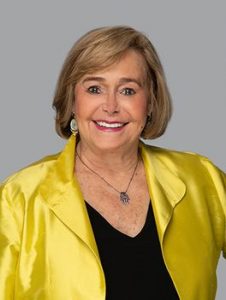 Contino, a real estate agent with Breckenridge firm Slifer Smith & Frampton, said in her lawsuit that she lives in her Cherry Creek home from September through May and spends summers in Breckenridge to “escape the summer heat.”

She said in the lawsuit that she is registered to vote in Denver and that all of her “personal services” occur in Denver. She claimed that she uses a Breckenridge P.O. box “to receive mail in a secure location” because mail has been stolen from the mailbox of her Cherry Creek home.

Excise and Licenses spokesman Eric Escudero told BusinessDen last month that Contino was sent a primary residence affidavit to sign on May 13, but did not sign it. He added that Contino did not appeal the decision within 10 business days of the license denial, which would have resulted in a hearing on the matter.

Denver’s primary residence requirement is also behind several recent felony charges against homeowners suspected of violating the provision. Those cases are ongoing.

Plaintiff Karyn Contino “has elected to pursue relief in a different form,” according to the motion to dismiss filed in court.