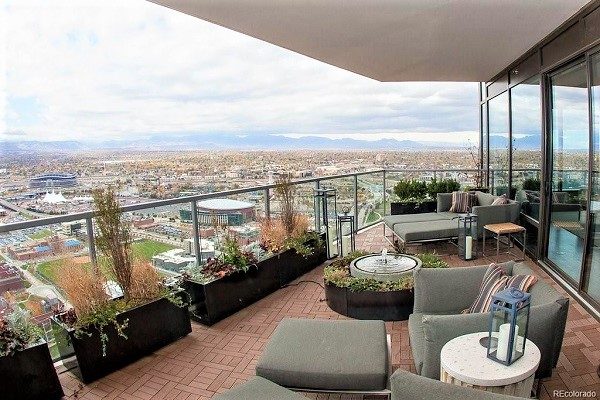 A condo unit on the 41st floor of the Four Seasons building downtown sold last month for $5.53 million, locking down the title of priciest August home sale in the Denver metro area.

The three-bed condo had been on the market since October 2018, originally asking $6.25 million.

The 45-story Four Seasons building is Denver’s tallest residential building and fourth-tallest structure overall. Residents of the building have access to the hotel’s amenities, which include a spa, swimming pool, fitness center and resident-only house car. 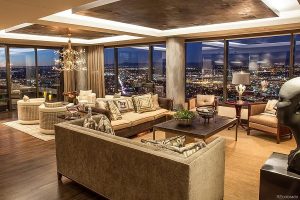 The sale of the 41st-floor unit is one of the priciest transactions at the Four Seasons residences in recent years, trailing only January’s $10.75 million sale of the building’s east-facing penthouse to tech exec Artur Bergman. Also in the top five are the 2017 sales of units 4300 and 3800, which sold for $5.3 million and $5 million, respectively, as well as the $4.5 million sale of unit 3750 in November 2018.

Race car driver Bret Curtis put his Four Seasons condo on the market this year, asking $2 million. But buyers with extra cash also can check out the building’s west-facing penthouse, which is still listed for $13 million.

Stats: The three-bed, four-bath condo offers 5,100 square feet of living space on the 41st floor of the Four Seasons tower.

The unit has three bedrooms and four bathrooms.

The finer things: Completed in 2014, the full-floor condo is decorated with “luxurious” fabrics, imported stone and walnut, the listing said. Large windows throughout the home and a 900-square-foot outdoor patio provide expansive views of the city and mountains.

Still, the price was well below the January sale of one of the building’s penthouse units.