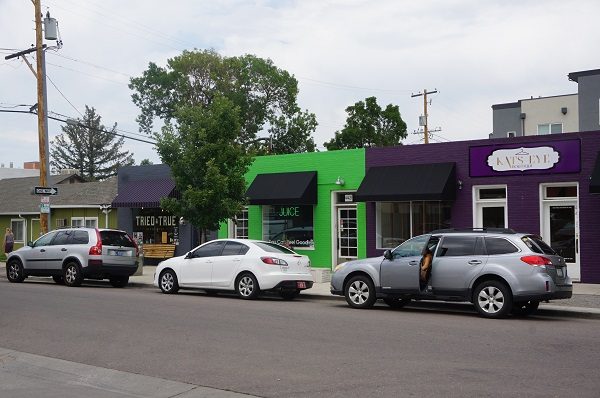 Three small storefronts off Tennyson Street in Berkeley sold this week for $2.2 million.

Vanderryst said he doesn’t have any immediate changes in mind for the property.

“I’m not opposed to development down the road, but there are leases in place that go for at least another 2 1/2 years,” Vanderryst said.

The storefronts at 4421 and 4423 W. 43rd Ave. are occupied by Pressed Juice Daily and Tried & True Barbershop. The remaining space at 4415 W. 43rd Ave. was home to Kats-eye Boutique until it closed in May.

The cluster of storefronts was sold by Red Ribbon Road LLC, which purchased the property in 2014 for $950,000, according to records.

PLEASE do not turn this into more housing. Housing development is ruining what makes Tennyson Street special!!!