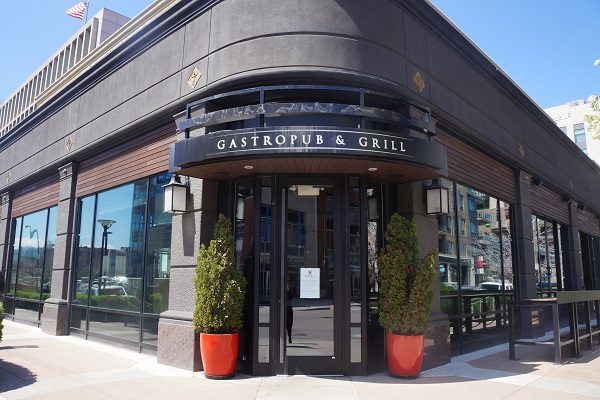 A sign Tuesday on the door of the restaurant at 201 Columbine St. referred to the closure as a “difficult decision,” without providing further details. The restaurant’s last day of operation was Sunday.

Thirsty Lion is a Portland, Oregon-based chain, and still has one location left in Denver, next to Union Station at 1605 Wynkoop St.

A manager at the Union Station location referred comment to the chain’s parent company, Concept Entertainment. A Concept company spokesman sent a statement that didn’t discuss the reason for the closure. 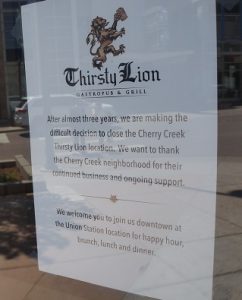 A sign visible Tuesday on the door of the restaurant at 201 Columbine St.

Thirsty Lion opened by Union Station in 2014. The Cherry Creek location came two years later, when the restaurant took over a space that had sat vacant for more than a year following the closure of Earls Kitchen & Bar.

Thirsty Lion has seven additional locations in Arizona, Oregon and Texas, according to its website.

Other recent closures in Cherry Creek include the restaurant Departure inside the Halcyon hotel, the furnishings brand Jonathan Adler, and Pura Vida Fitness & Spa.

The Portland,Oregon-based chain has one remaining location in Denver, next to Union Station. Cherry Creek was the newer of the two.