The operator of the now-closed Park Hill Golf Club this week sued the City of Denver, asking a court to prevent construction work affecting four holes until an agreement is in place regarding how the operator will be compensated for expenses related to the course closing.

Texas-based golf course operator Arcis Golf, whose lease on the 155-acre course runs through 2023 and makes the company responsible for maintaining the property, claims in the lawsuit that it doesn’t currently have such an agreement with either the city or Clayton Early Learning, the golf course owner.

The city’s Department of Public Works has fenced off around 35 acres of the golf course on the northern end of the course — about four holes — and is building a flood mitigation holding area, according to the lawsuit. The course closed at the end of 2018 because of the work.

“Neither the city nor Clayton has given us any indication of how our costs for the next few years will be reimbursed while the course is closed,” said Scott Siddons, Arcis’ general counsel. “The only way to force the issue is to file a reverse condemnation lawsuit.”

The lawsuit, filed by Denver law firm Waas Campbell Rivera Johnson & Velasquez, is asking for a court-ordered injunction booting the city off the land until the squabble is resolved.

Nancy Kuhn, spokeswoman for the city’s Department of Public Works, said in an email that the city “disagrees with the claims made and relief sought in the lawsuit,” and plans a “vigorous defense.” She said the work is expected to be complete by year-end.

Siddons said per his lease with Clayton, he is required to keep up the course.

“We still have to maintain 125 acres, and no one is telling me how to pay for that,” Siddons said, adding, “I have all kinds of expenses with the course closed, including the cost of portions of the course not in use, the clubhouse, and cart and equipment leases.”

Siddons also said he is concerned about potential damage to the irrigation system. If it is disrupted during the public works project, Arcis won’t be able to irrigate fairways and greens, he said.

Siddons said he believes the city plans to compensate Clayton Early Learning for lost rent. But he claims neither Clayton nor the city has told him – despite several meetings last year and early this year – how Arcis will be paid back. He said the company has not yet made his annual lease payment of $700,000.

The lawsuit is the second involving the golf course filed by Arcis.

In September 2017, the city announced it had reached a potential deal with Clayton to buy the course for $20.5 million. At the time, Arcis’ lease was set to expire at the end of 2018, and city and Clayton officials said they believed the company would not be renewing its lease.

Siddons said the right-of-first-refusal lawsuit is in the discovery process and set for trial in October. 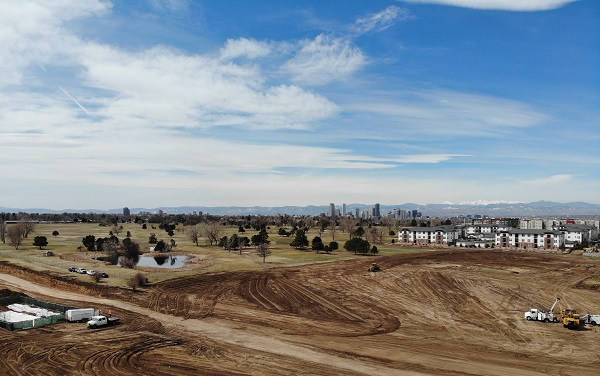 “Nobody seems to care that I have to front expenses,” said the general counsel for the operator Arcis Golf. “Clearly, since the city is taking the land, I have no way to make income, but I am stuck with the expenses. Something’s not right there.”

Aaron, I have a memorial bench for my late husband at the 17th hole and wondering who to contact about that. I certainly hope that it doesn’t get destroyed.

Ms. Sagar — I took this picture at Park Hill Golf Course over a year ago. Might this be the bench you are referring to?

It was removed late last year just before Arcis had to shutdown the course for the city to begin construction. Hopefully it is just in storage in the clubhouse. I don’t know if anyone is monitoring their website (they fired or transferred all their Denver staff with the closing of the course 1/231/2018). But here are the links to their website and Arcis HQ in Dallas, TX. Good Luck! https://www.parkhillgc.com/contact or https://www.arcisgolf.com/contact

Sorry for the bad picture link in my first response. Hopefully this one works better: