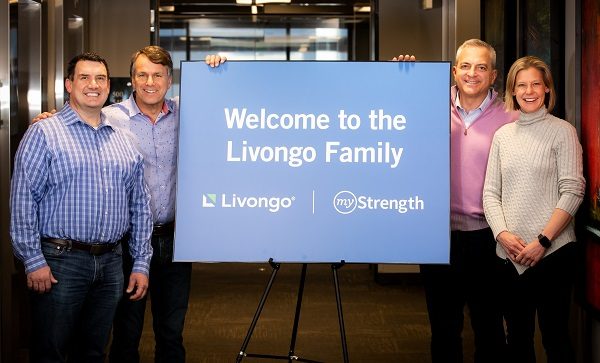 Cousino said he had suffered from depression, while Sopcich’s brother died by suicide 25 years ago. MyStrength is an app tool that aims to help people who suffer from depression, anxiety, substance abuse or other conditions.

The company, which employs 25 people downtown at 1875 Lawrence St., has agreed to be acquired by Livongo, a California-based company fighting chronic physical health conditions such as diabetes and hypertension.

Cousino said the transaction is expected to close in the next few days. Terms of the acquisition were not disclosed, but Livongo CEO Greg Tullman said the figure was greater than the $10 million MyStrength has raised from investors.

“The vision of combining the two companies is to offer a true whole health solution,” Cousino said. “The challenge is that often a chronic physical condition coexists with a chronic mental health condition.”

MyStrength said it has 200,000 app and desktop users that it walks through techniques and programs to track and improve mental health. Livongo, meanwhile, has created hardware and software to help people with diabetes or other chronic health conditions monitor their health by checking their blood pressure or blood sugar, for example.

Cousino said he was not looking for an exit or acquisition. Livongo approached him about joining forces last summer.

“Truthfully, we didn’t have a timeline as it relates to an exit or an acquisition,” he said. “When we were approached by Livongo, we weren’t seeking an acquisition.”

Livongo had been shopping around for a company that was the No. 1 player in digital behavioral health, and determined it was MyStrength. Plus, it gives the California company an extra office in the middle of the country; its other outposts are in San Francisco, Chicago and Mountain View, California.

Two-thirds of MyStrength’s employees are located in Denver, with the rest spread out across the country. Cousino said all the employees are joining Livongo.

“We are anticipating the current footprint will increase under the Livongo brand,” Cousino said, adding that the company most likely will look to sign a new lease this year.

MyStrength’s Denver investors have included the Colorado Health Foundation and the Zoma Foundation. 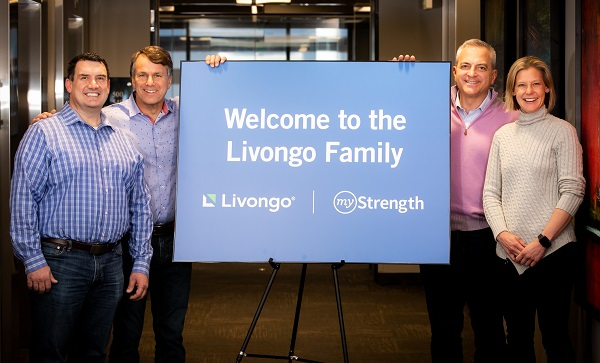 (From left to right) myStrength President and Co-Founder Matt…