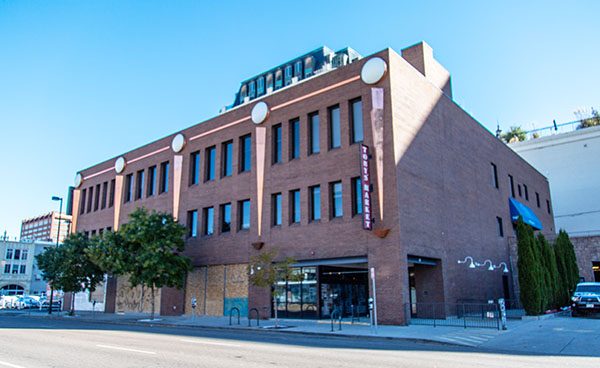 Broadway Market is being developed by Eclectic Collective, whose partners include Mark Shaker of Stanley Marketplace and Brad Arguello of Avanti.

Here’s the updated lineup, which features a lot of names familiar to Stanley Marketplace regulars:

• Wonder Press, an organic cold-pressed juice and nut milk shop that has operated in Boulder since 2015.

• Maria Empanada, which has four existing locations in the Denver Tech Center, the Stanley Marketplace, along South Broadway and on Platt Street.

• Mother Tongue, which will serve doner kebabs, falafel and frites, among other Turkish-inspired cuisine.

• Pizzeria Coperta, which will sell two styles of pizza and Roman street food, and is a spinoff of Capitol Hill Italian restaurant Coperta.

• Misaki, a sushi joint that currently operates at Stanley Marketplace.

• Mondo Mini, a smaller version of Mondo Market, a gourmet grocer already in food halls The Source and Stanley Marketplace. The miniature counterpart will be less of a grocer and more of a food stall, and will sell sandwiches, salads, soups, and cheese, according to 5280.

• Little Noodle Pasta Co., standing on its own for the first time after operating inside Mondo Market in Stanley Marketplace.

• Velvet Wolf X Iron Wolf. It will be the second location for Velvet Wolf, which already sells women’s apparel and clothing in Stanley Marketplace. But the Iron Wolf moniker means the Broadway location will target men as well, according to 303 Magazine.

The Friday email indicated a couple more tenants are still to be announced.

A couple more tenants also were announced Friday, bringing the total to 10.