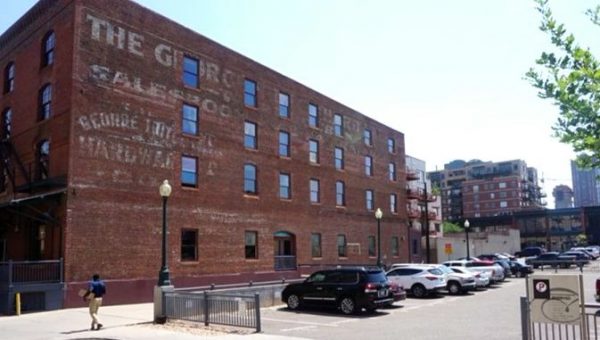 Seattle-based Unico Properties wants to build on the parking lot that stretches between Wynkoop and Wazee streets in LoDo, right next to the Cherry Creek Trail. BusinessDen File Photo

Two years after first floating the idea publicly, a Seattle-based developer is moving forward with a proposal to replace a LoDo parking lot with an eight-story mixed-use building.

Unico Properties submitted a site-development plan to the city this month detailing its plans to build on the lot that stretches between Wynkoop and Wazee streets, right next to the Cherry Creek Trail.

The company has had an eye on developing the lot for awhile. Unico first submitted a version of the proposal to the Lower Downtown Design Review Board in the summer of 2016.

A company representative said the development plans include:

The site plan, which still needs city approval, also calls for three levels of below-grade parking with 156 spaces, which would connect with the parking beneath the 1430 Wynkoop building.

OZ Architecture drew up the plans.

Unico owns seven buildings in the Central Business District and LoDo, including 518 17th St., 1675 Larimer St. and 1875 Lawrence St., according to its website. The company sold the 30-story office tower at 1660 Lincoln St. this year for $67.2 million.

Julie Currier, Unico vice president of development, said in a statement that the company hopes to start construction next summer.

Seattle-based Unico Properties wants to build on the parking lot that stretches between Wynkoop and Wazee streets in LoDo, right next to the Cherry Creek Trail. BusinessDen File Photo

Unico Properties has filed frivolous lawsuits for torturous interference against the Lower Downtown Nieghborhood Association and surrounding historic structure HOA s in order to block public input on this project. It violates the LODO nieghborhood plan, design guidelines, and Chpt. 30 setting up our historic district. City planning and Councilman Brooks and Ortega have ignored petitions, requests for public hearings. Unico’s well connected consultating firm, law firm and obnoxious architect have done everything possible to break the will of the LODO community, but we will fight this obscene project at every opportunity.