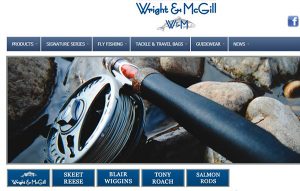 After getting reeled into an intellectual property tussle, a longtime Colorado maker of fishing equipment is fighting back.

Wright & McGill, a 92-year-old manufacturer of fishing rods, reels and other angler gear, has sued Active Outdoors LLC, a Pennsylvania-based hunting and fishing business. The suit was filed Dec. 15 in the U.S. District Court of Colorado.

Wright & McGill, located at the northeast corner of Colorado Boulevard and I-70 at 4245 E. 64th Ave., makes a line of fishing-rod holders, according to the lawsuit, which come in different designs and colors.

On June 10, the lawsuit states, Active Outdoors LLC wrote a cease-and-desist letter to the re-seller of Wright & McGill products, claiming the fishing-rod holders infringed upon one of its patents.

Active Outdoors received a patent for a design invented by James Kowalski and Kenneth Mieczkowski in 2011, according to the lawsuit. Kowalski is also named as a defendant in the case.

“W&M created its line of products in good faith, with no intention of creating association in the minds of consumers with the claimed trade dress or with Defendants’ purported rights generally,” it says.

Wright & McGill is requesting Active Outdoors to stop claiming patent infringement on its products and to pay its legal fees.

Fishermen Drew McGill and Stan Wright founded Wright & McGill in 1925. One of their early products was a fishhook – the Eagle Claw – that Wright & McGill trademarked in 1938, and the company still sells fishhooks today, according to its website.

This is not the first time Colorado fishing companies have swum into legal issues. In 2016, a Longmont resident sued a former employee over rights to his trademarked The Best of Kamchatka fishing tours.

After getting hooked into an intellectual property tussle, a longtime Colorado maker of fishing equipment is fighting back.