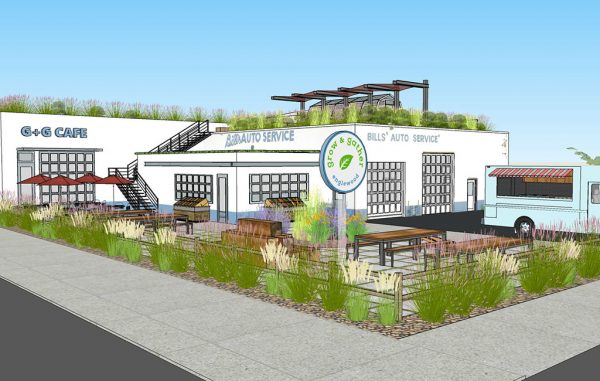 George Gastis is looking to transform an old, greasy car garage into a lush local garden.

Gastis purchased the garage at 900 E. Hampden Ave. in April for $1.1 million, with plans fill the space with homegrown food.

His concept, Grow and Gather, will grow and serve fresh food, and include a retail space for local goods like salsa and honey and a small café.

The property was occupied previously by Bill’s Auto Service, which had been in Englewood since 1952. Tires still sit on shelves inside the concrete building, which is littered with equipment used to fix cars.

“It was like they were here one day and gone the next,” Gastis said.

He hopes to keep some elements from the auto shop, like garage doors and the painted blue logo.

Grow and Gather will use a tower system for the plants that allows them to grow both horizontally and vertically. Traditional greenhouses use planting beds that only allow plants to grow on a flat plane. 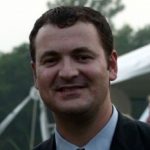 Gastis estimated it would cost $100,000 to install the tower planters, but he is considering building and installing them himself to cut costs. He said construction should start on the building by yearend or early 2018.

The company will start growing crops indoors this spring.

Gastis, who recently moved to the area with his family, said he wanted to put the business in Englewood because of recent development projects like the Swedish Medical Center.

“Englewood is a really interesting place in the sense that it’s just about to explode as far as rejuvenation,” he said.

As an avid gardener, Gastis wanted to make his hobby a lasting business. Both his parents were farmers in Greece before moving to Cleveland to start a life in the U.S.

“You have to have money to eat well and that’s wrong,” he said. “The idea is to provide a place to grow food in an urban farm year-round, and then seasonally supplement outside (crops).”

The space on Hampden Avenue is 4,000 square feet, but Gastis plans to add on to the building. He plans to reinforce the roof in order to build greenhouse space on top, and in addition to gardens inside, will plant some seasonal crops outside.

Grow and Gather hired Xan Creative and OneLine Studio for the buildout. The two Denver-based firms have worked together previously on D Bar Denver and Postino Wine Café.

Gastis got his start in entrepreneurship when he started a web design firm called BrainSpark Media in 2005. He sold the company in January 2015 and was able to use the funds to purchase the building for Grow and Gather.

George Gastis is looking to transform an old, greasy car garage into a lush local garden.