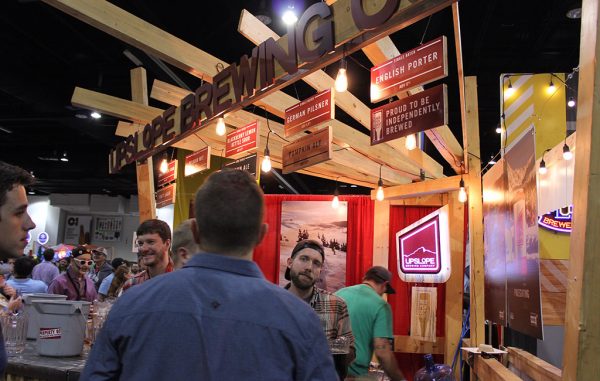 Awards for the 36th annual festival were announced Saturday in the Mile High Ballroom. Staff members of Boulder-based Brewers Association read through 98 categories of beer, awarding the coveted bronze, silver and gold medals. This year, GABF judges from around the world sipped through 7,923 different entries from more than 2,200 hundred breweries across the nation.

Colorado Governor John Hickenlooper helped to introduce the awards with a taster glass in hand by saying he had experienced first hand the collaborative and supportive spirit of the craft beer industry during his tenure at the Wynkoop.

“That is unique in American industry,” he said.

Gary Glass, the director of the American Homebrewers Association started the morning by giving out the awards for the Pro-Am competition. He added that entries for the competition went up 30 percent this year with 118 participating. Colorado breweries swept in the 12th annual competition, with Odell Brewing Co. taking the bronze medal, Fort Collins-based Black Bottle Brewing Co. taking Silver and Denver Beer Co. taking home the gold.

During the remainder of the morning, Colorado breweries raked in an additional 35 awards, 13 of which struck gold. Lone Tree Brewing Co. took home two awards, a silver medal for Hop Zombie, an imperial red ale and gold for Mexican Lager, an American-style lager or malt liquor. Lone Tree was the only local brewery to take home two of the coveted medals.

A full list of winners from across the nation can be found here.

Awards for the 36th annual festival were announced Saturday in the Mile High Ballroom.