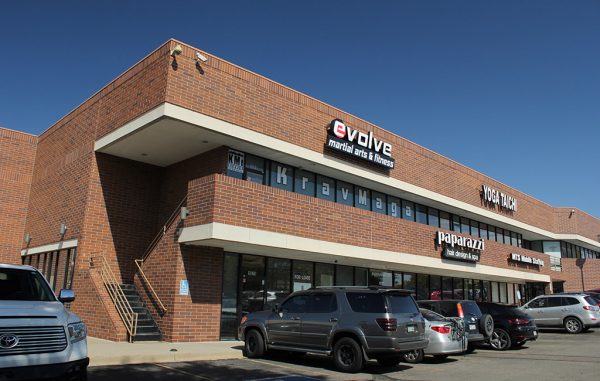 Preferred Organic closed at 1569 S. Colorado Blvd. in November and was replaced by a gym. (Kailyn Lamb)

Kelly A. Rosenberg from law firm McAllister Garfield is representing Infinity Capital in the suit. She declined to comment.

Andrew Klein opened Preferred Organic in 2009 and was its general manager until August 2016, when he resigned. The dispensary sold medical and recreational products.

Klein said the founder of Infinity Capital, Michael Feinsod, is also chairman of the board for General Cannabis on East Evans Avenue in Denver.

“It’s so strange that he would file a suit against a company that’s defunct and has no assets,” he said. “I’ll see what the complaint says, and someone will have to file an answer on behalf of the company.”

The District Court of Denver received no responses from Preferred Organic on either suit. Andrew Klein said the two plaintiffs were his family members who had invested in the store. He said the pair wanted to make sure a suit was in place in case the shop sold to new owners before closing.

Property owner 4850 Jackson Street LLC filed suit against Preferred Organic in October 2016, claiming the dispensary owed $330,000 in rent and expenses for a lease starting June 30, 2015 on Jackson Street. Klein said that at the time, the dispensary was tied to a lease at that location. The suit was privately settled later that month.

A 2013 suit filed by Volume Public Relations claimed Preferred Organic had not paid for a 2010 marketing contract. The contract stated that the dispensary owed $21,750 plus interest. The case was settled in 2015 with Preferred Organic paying $26,000 to the PR firm.

Preferred Organic closed at 1569 S. Colorado Blvd. in November and was replaced by a gym. (Kailyn Lamb)