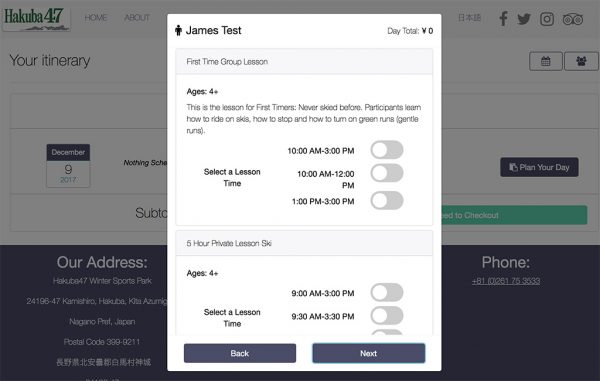 Snowvation is used by resorts to connect skiers with instructors. (Snowvation)

As a former ski instructor, Michael Stocker knows first-hand the pain of navigating the logistics of learning how to ski.

“For the majority of ski resorts, the process for booking a lesson, actually arriving and getting the lesson started is pretty chaotic,” he said.

Now with $420,000 in fresh investment from a recent funding round, the 24-year-old CEO is ready to bring his cloud-based software product, Snowvation, to more resorts, while also continuing to develop what he calls the “Yelp for ski instructors.”

Snowvation disclosed raising $265,000 a June SEC filing, while Stocker confirmed the remainder of the round closed at the end of August.

The Denver-based company, which launched in January 2016, simplifies the connection between first-time skiers and their instructors. Skiers and snowboarders looking for a lesson can browse through instructors on Snowvation’s website and review them after lessons. 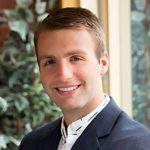 “We’ve made it possible for any consumer to use the platform to scroll through profiles, book, pay and confirm from any device,” Stocker said.

“We make it possible for management and ski instructors to do everything they need to do on a day-to-day basis, all from a smartphone on a chairlift,” Stocker said.

Eighteen ski resorts use the platform, including Telluride Ski Resort, he said. Other U.S. clients include Utah’s Sundance Mountain Resort, Blue Mountain Ski Area in Pennsylvania and Mt. Snow Resort in Vermont. By the start of ski season, Snowvation plans to expand to a total of 25 resorts.

The software costs between $5,000 and $25,000 for a seasonal subscription, depending on the size and needs of each resort. Stocker declined to comment on the startup’s revenue or profitability.

“Michael and his team just demonstrated to us over time working with them through the due-diligence process that they know how to execute,” said Dave Harris, director of operations at Rockies Venture Club.

With recent shakeups in the ski industry induced by KSL Partners acquisitions, Harris said, Snowvation could become the platform of choice for new operators competing with Vail Resorts.

“I think their market timing is really excellent,” he said. “We feel like it’s a good opportunity given all the consolidation in the ski industry.”

The startup also has the backing from big names in the ski world: Olympic skier Bode Miller is an investor and ambassador for the brand, while former Olympic skier and NFL football player Jeremy Bloom is an advisor, Stocker said.

Stocker grew up in Pennsylvania and taught ski lessons for seven seasons, where he noticed technological shortcomings were to blame for difficulty running resorts smoothly. He studied economics at The George Washington University before moving to Los Angeles to start Snowvation.

The Denver-based firm employs four people out of Thrive Workplace-Ballpark, while three others work in Pennsylvania.

Snowvation is used by resorts to connect skiers with instructors. (Snowvation)

A 24-year-old CEO is ready to bring Snowvation to more resorts, while also continuing to develop what he calls the "Yelp for ski instructors."