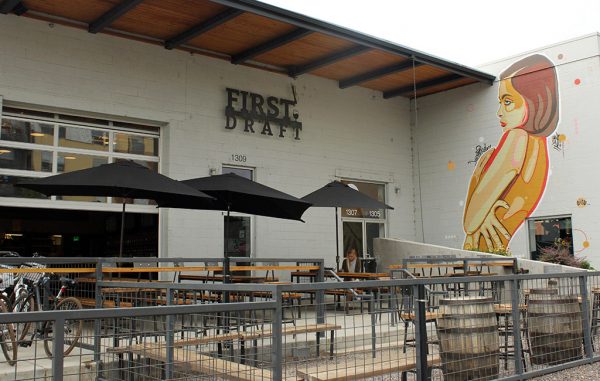 Mark Slattery opened the First Draft taproom at 26th and Larimer streets two years ago. The bar’s twist on the typical watering hole is its self-serve stations, where customers take a glass, choose from 40 taps around the perimeter of the bar and pour – instead of waiting for a bartender.

Now Slattery is on track to open the First Draft in Los Angeles this fall.

“We wanted to stay big-urban-city focused,” he said.

Slattery said Los Angeles is becoming just as craft beer-crazed as Denver, and he would rather expand in bustling metropolitan neighborhoods than into the suburbs.

First Draft will move into the first floor of a mixed use development near the Staples Center. It will be nearly double the size of the original RiNo location, but with a mezzanine and patio like the original. Slattery said the mezzanine design is a fit for private parties that still want to feel like they’re at the bar.

“People like to look down on the action,” he said.

Double the space also means double the taps. The Los Angeles Draft House will serve craft beers, ciders and wines on tap using the same iPourIt system it has in RiNo. 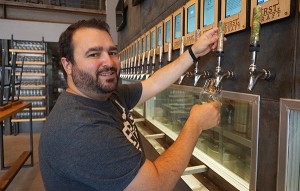 Slattery estimated the company has spent $1 million on construction and equipment for the new taproom – reinvesting funds from the Denver bar.

Slattery said he’ll likely send some Denver employees to train the new staff in Los Angeles and perhaps fly some Los Angeles employees to Denver to see the first bar in action. The RiNo location has expanded to 18 employees, including two full-time managers.

Slattery will continue working in the Denver location. His father will run the West Coast taproom.

First Draft’s expansion plans don’t stop at California. Slattery said it has an investor group helping raise funds for a Minneapolis location. According to an SEC filing, the firm is looking to raise $700,000.

Down the line, Slattery hopes to have five First Draft locations. All will pull craft beers from local markets.