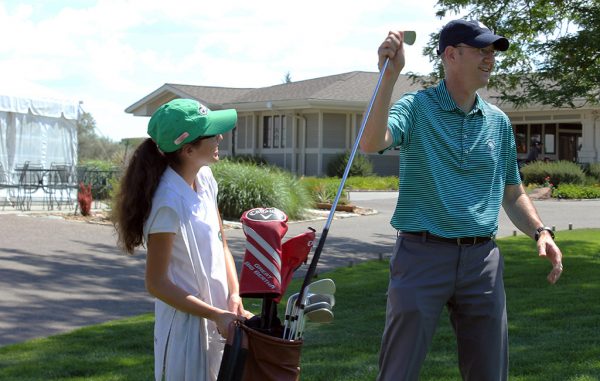 The young caddies in white shirts are rolling west.

The Solich Caddie and Leadership Academy, which started six years ago at CommonGround Golf Course in Aurora to train young caddies, expanded its programming to two courses in Grand Junction.

The program teaches high-school students leadership skills through volunteer work and by carrying the bag. The new participating Grand Junction courses are Lincoln Park and Tiara Rado. Each will get two caddies.

The academy was launched in 2012 by brothers George and Geoff “Duffy” Solich, who both attribute their success in part to learning to caddie as kids. Both ended up at CU on caddie scholarships.

The brothers created the program with the CGA to find kids with financial need and give them the skills to work toward the Evans Scholarship and others.

Geoff, executive vice president at Beacon E&P, said the caddie program had more benefits than just the potential for scholarships. The program also helps teach teens the confidence of talking to adults and the importance of earning a paycheck.

“They’re earning money maybe for the first time,” Geoff said. “Just the concept of working and earning your own money and having it in your pocket is immeasurable for someone in their teens.” 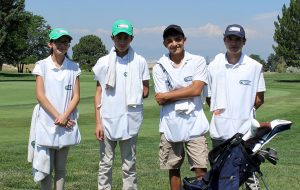 The Solich caddie program started at CommonGround Golf Course before expanding to Meridian Golf Club in 2015. It works with nearly 50 students every summer – a mix of new students and second-year caddies. So far, 12 students from Solich have been awarded the Evans Scholarship to CU.

CGA program director Erin Gangloff said it will spend time building up the academy in Grand Junction, and then might expand to a course in northern Colorado. The organization also has helped launch a similar program in Wisconsin.

Ryan Smith, director of development for the CGA, said the CGA does some fundraising for the caddie program, which also is subsidized by the Solich brothers. The program’s operations cost about $180,000 annually.

One big perk for golfers: The caddies are free, although they gladly accept tips. Each participating caddie receives a $1,200 stipend at the end of the summer.

Teens that have finished the two-year program are placed at private clubs in the Denver metro area that have an established caddie program.

Geoff said he has continued using many skills that he learned as a caddie in his professional life.

“You carry that stuff forward throughout life,” he said. “It’s just gratifying to see these kids every time I’m there. You can’t put a price tag on that.”

The Solich Caddie and Leadership Academy, which started six years ago at CommonGround Golf Course in Aurora, is pushing west with the help of the CGA.