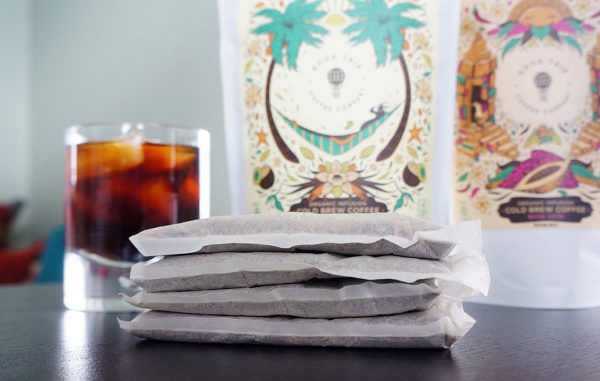 The brew bags, which come in six flavors, soak in cold water for 12 to 24 hours. (Good Trip)

The pairs six coffee flavors are only available on the company’s website. It uses compostable brew bags, which look similar to tea bags, to filter pre-ground coffee, allowing customers to soak the beans at home cold brews without any specialized equipment.

Angela said cold brew coffee uses time instead of heat to pull the flavors out of coffee beans. The bags soak for 12 to 24 hours – the longer the soak, the stronger the coffee. A cold brew is different from iced coffee, which is brewed hot and served with ice.

“It’s a smoother brew. It brings out some of the more chocolatey notes of the coffee,” she said. 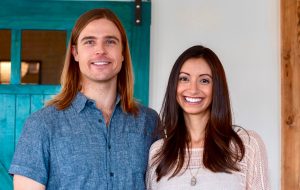 So far, the Oehlerkings have put $40,000 into starting Good Trip. Half the funds went to purchasing equipment to make the coffee, which they produce at Colorado Kitchen Share in Thornton. Andrew will start as an asset manager at a bank next month, and Angela will work on Good Trip full time.

The pair moved to Colorado in May 2016 after spending six months in Nicaragua. During their trip, they learned about the coffee industry and experimenting with different ingredients on a home stove.

“It became a fun thing we were tinkering with in our kitchen,” Angela said. “It’s a new industry for us; we’ve never owned a business before.”

While living in Nicaragua, Andrew and Angela visited coffee farms throughout the country. Good Trip is sourced from the Nicaragua Miraflor farm, as well as Rwanda Izuba in East Africa.

Customers can purchase one bag of Good Trip for $17, or subscribe to receive a monthly bag of coffee.

Angela and Andrew are redeveloping the Good Trip website to focus more on the subscription service. In the mean time, the company is experimenting with pop-ups and local markets. A Good Trip pop-up will be available at Happy Leaf Kombucha in Edgewater on June 10.

While it helps to get the brand out there, Angela said it also gives them the chance to talk face-to-face with buyers.

“We’ve been craving talking to customers and getting that live feedback,” she said. 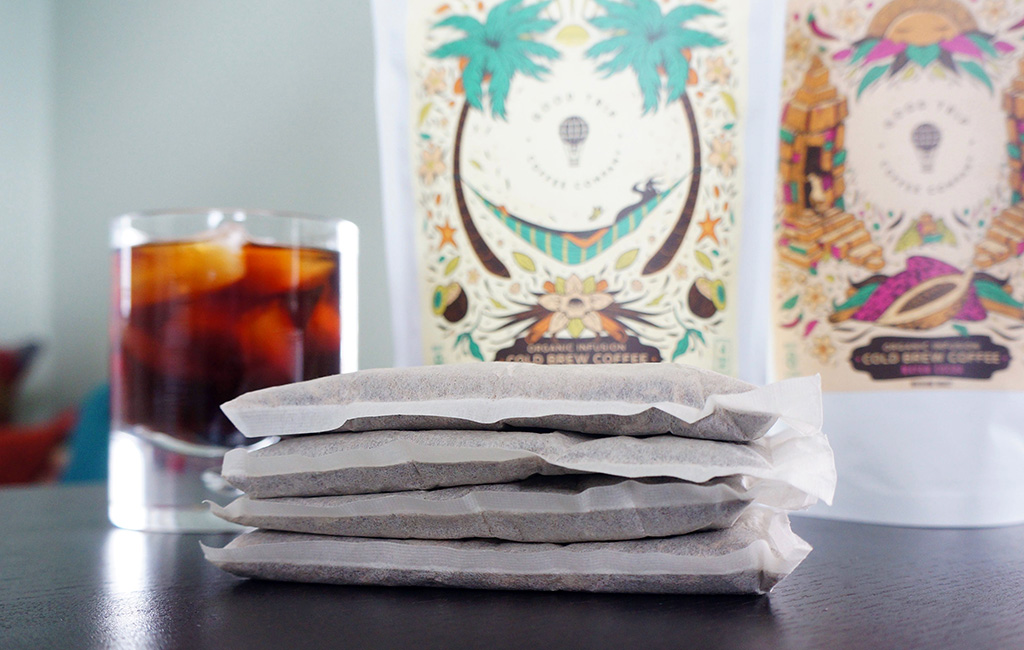 The brew bags, which come in six flavors, soak in cold water for 12 to 24 hours. (Good Trip)