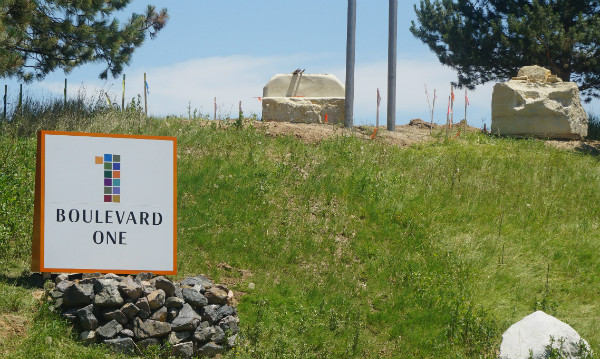 It’s a site Embrey has eyed for a 350-unit apartment complex since at least 2015, when the company announced it had a deal with the redevelopment authority to turn the southwest corner of the Boulevard One development into apartments.

Concurrent with the land sale, Embrey inked a deal with Northwestern Mutual Life Insurance Company for a $56.3 million loan secured by the site, according to city records.

Jeff Booth, Embrey Partners VP of development, was not available for comment Monday.

Embrey first unveiled its Boulevard One project in November 2015, sketching plans for studios through three-bedroom apartments, averaging $1,650 to $3,300 for monthly rent and 940 square feet apiece. The complex also would include an outdoor pool and fitness center among its amenities.

The most recent plans on file with the city of Denver, which are dated March 10 and have not received final approval, also call for a five-story garage with 545 parking spaces located near the northeast corner of the site.

That would be the tallest building on the property, according to those plans, which were designed by Kephart Architects in Denver. The residential units fronting Quebec Street would be three stories, with four-story units overlooking Lowry Boulevard, as well as a proposed extension of Pontiac Street on the west side of the property.

The Lowry Redevelopment Authority had its final meeting with Embrey on the Boulevard One apartments in January, according to the organization’s meeting minutes.

Elsewhere on the Front Range, Embrey has developed a 300-unit apartment complex in Englewood, 380 garden apartments in Wheat Ridge and a 290-unit project in Aurora.