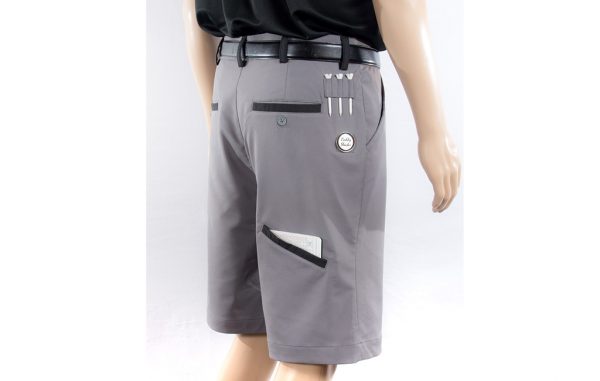 Three years ago, Greg Didier drew all over an old pair of golf pants. And now he has a side hustle as a golf apparel designer selling a pair of slacks for golfers with easy access to the tools of the trade.

Naming the company was the easy part: Caddy Slacks.

“I found that my pockets were always competing for space. It was just driving me crazy,” said Didier, who still works as broker in Aspen for LIV Sotheby’s.

“I wanted them to be nice looking, I wanted them to look like what the pros are wearing on the course today, but have easy access to all the tools that you use on every single hole,” he said.

Didier created Caddy Slacks to help simplify pocket space. Instead of digging around for a ball marker or spare change, golfers can reach for the magnet next to the back pocket. A tee caddy and Velcro glove holder keep those items free as well. Individual pockets are designed to hold a cell phone, score card and golf balls.

Cargo pants are not an option for golfers because the nicer clubs prohibit the utility garments. Didier needed a more elegant solution to store all of the golf balls, makers, score cards, tees and a cell phone.

He found a company to make the pants through a friend with a mountain bike clothing business. But finalizing the design and picking the right fabric proved trickier.

“It’s taken a lot longer than I thought,” Didier said. “I thought I’d be here last year, but I just didn’t want to roll something out that I wasn’t extremely proud of.” 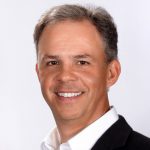 After the Sports Authority bankruptcy and Golfsmith store closures, Didier decided to build a website for customers to buy Caddy Slacks online, offering shorts and pants in several colors. He said that the challenge will be getting old-school golfers interested in the product.

“Golf is very habit forming. You’re used to taking your gloves off and putting them in your back pocket, you’re used to taking your tees in your front-right pocket,” he said. “It takes a little while, maybe nine holes, and then you’re like … ‘I’m not going to put my glove in my pocket, I’m just going to stick it on the side,’ and once you get used to that, to me it’s second nature now.”

After launching the site, Didier sold around $1,000 of merchandise. Once his name was out there, he decided to run a Kickstarter campaign online in March. His goal was to raise $25,000, and he picked the spring on purpose.

“I timed it to end over the Masters, because that’s when everyone gets kind of golf crazy,” he said.

Didier said the last few days of the campaign were during the Masters, and that was when most pledges for his campaign came in.

Didier’s Kickstarter was successful, but he estimated that more than 90 percent of pledges came from people he already knew from the golf world.

He has had professional golfers see Facebook ads and ask for test samples for their pro shops. His efforts on Twitter led to Hank Haney, Tiger Woods’ golf coach, following him. Haney has a radio show on the PGA Tour station on Sirius XM.

He’s hoping these new connections will help get his name out there.

“You go through several big steps. You question yourself,” he said.  “If I can get on PGA Tour Radio, or get a few mentions there, that’s the kind of thing that can explode a business.”