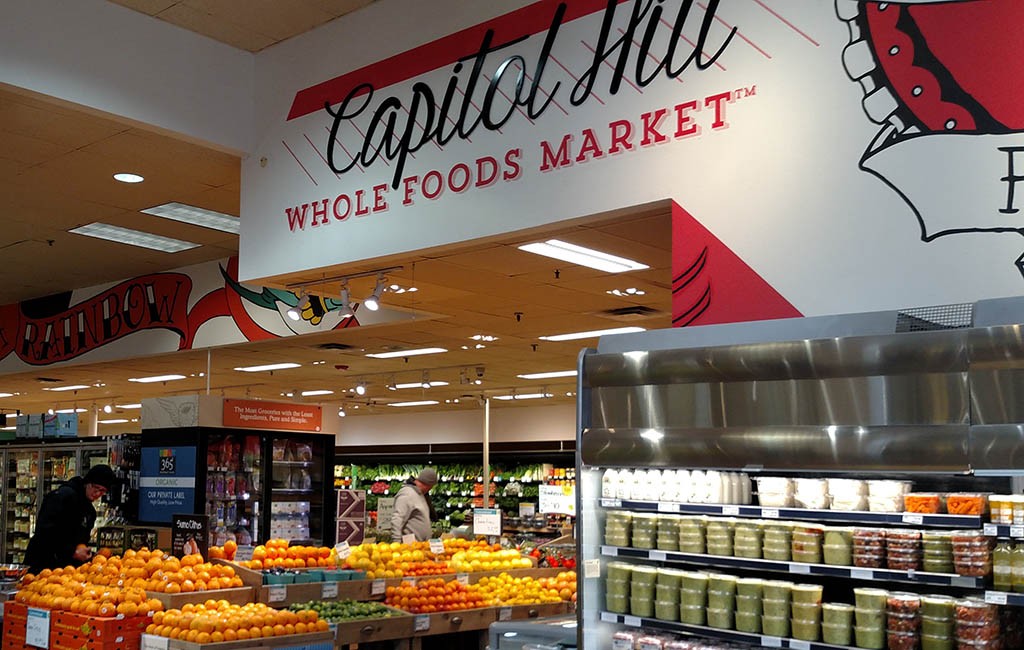 Whole Foods is cutting a location in the heart of Denver.

“The Cap Hill store will be closing right around the same time the Union Station location opens,” she said. “And people from that store are transferring over to Union Station.”

Whole Foods representatives told employees of the pending closure Wednesday, according to three workers at the Cap Hill store. Each employee said the company also mentioned perhaps turning the location into a Whole Foods 365 store – a concept Whole Foods says offers the same groceries in a smaller store, and at lower prices.

Harden declined to comment on Whole Foods’ plans for the future of the Capitol Hill outpost.

Landlord Gary Antonoff, whose firm owns the Cap Hill real estate, said he was notified this week of plans to shut down. The grocer still has a long-term lease at 11th and Ogden, he said. 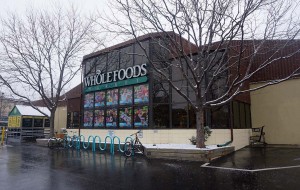 Whole Foods has operated in Cap Hill for about 10 years. (Burl Rolett)

Workers at the Cap Hill Whole Foods pegged October for a planned closing date. That would coincide with the projected fall opening of a new Whole Foods near 17th and Wewatta streets.

Whole Foods has operated in Cap Hill for about 10 years. The store was one of several Denver-area locations that Whole Foods added after buying then-competitor Wild Oats.

At 20,000 square feet, the 11th Avenue building is significantly smaller than the store Whole Foods is opening at Union Station. That location will take up 56,000 square feet on the ground floor of a new 580-unit apartment complex.

Cap Hill residents can still get their specialty grocery fix from Trader Joe’s at Seventh Avenue and Logan Street. There is also a Natural Grocers a few blocks north at Washington Street and Colfax Avenue, and a Sprouts farther east at Colfax and Garfield Street. King Soopers is a few blocks away from the Cap Hill Whole Foods at Ninth Avenue and Corona Street.

Days are also numbered for at least three Colorado Whole Foods stores. Earlier this month, the company announced plans to shut down locations on Baseline Road in Boulder and at First & Main in Colorado Springs. Whole Foods has since pushed the Boulder store’s closing date up to Sunday, February 26. The Colorado Springs store still has until about April.

The upscale market is cutting a location in the heart of Denver, following a string of planned in-state closures.

I’m glad there is a chance for employees to transfer. Whole Foods is good to its employees, but it’s also a business.
My sister works at a different store, so I’m glad to hear that it isn’t going anywhere.

This is the perfect, quaint store that makes cap hill cap hill! Any way to petition the company?

This is sad news. My daughter and I live three blocks away from the Capitol Hill location, which is where we do half of our gorcery shopping. I support Whole Foods for many reasons, but its commitment to green environmental practices is a major one. It’s too bad I’d have to drive through downtown to get to the new location (which, honestly, I won’t).

I understand that many of you will be upset by the decision made by WFM. I am a Produce TM at the Capitol Hill store and I can tell you that many of us employees are very excited and ready for the change. Union Station will be a new caliber of store and we’re all eager to move on from our small store, where we often face equipment and space challenges due to the age and condition of the store. As of now, the fate of this store is undecided though there has been talk of possibly turning it into a 365 after a remodel. Our regional president sat down with all of us and answered questions. That one he didn’t have a definite answer for. I hope many of you will visit us at Union Station in October!

I can appreciate the fact that the Cap Hill WFM staff would look forward to a move to a new store. However, as a Cap Hill resident that walks to the Cap Hill WFM I doubt that I will consider the new store as a replacement since that would necessitate a drive through downtown.

This is sad news for me. I live a block away from the store and I just used to walk there very often. It was very convenient. I was very pleased to get my organic food anytime. I don’t think I will go to the new store, it demands time and effort for someone who does not drive.