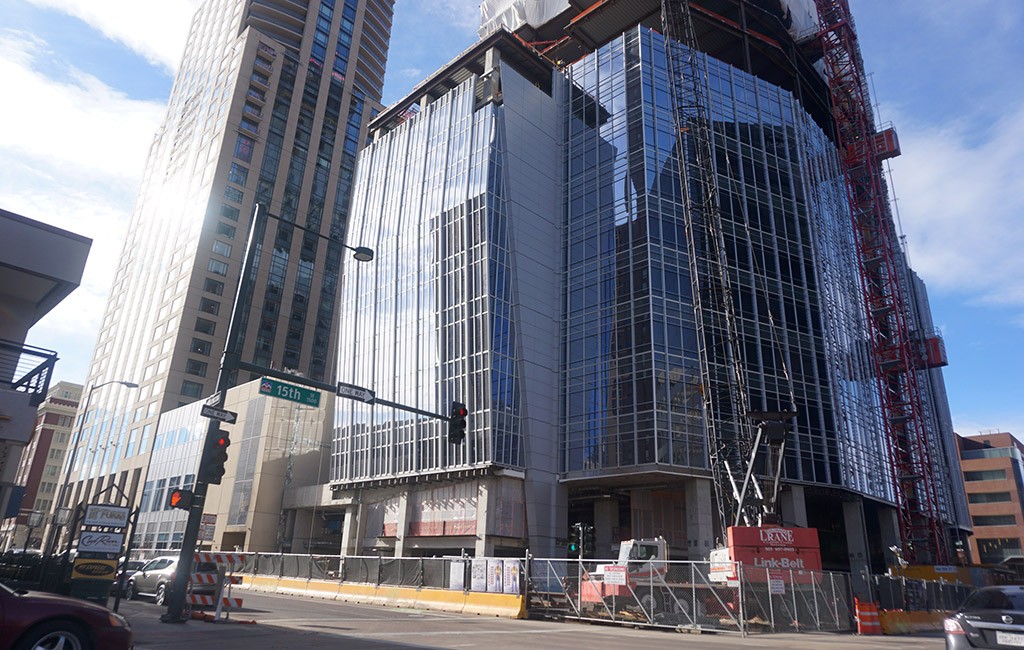 Optiv Security was first to sign a lease for office space in the under-construction, 40-story building at 15th and Arapahoe streets. (Burl Rolett)

The biggest new office building to come up in Denver in 30 years has landed its first tenant.

Optiv Security leased about 75,000 square feet of office space at 1144 15th St., according to the building’s leasing brokerage JLL. Optiv will move onto three floors at the 40-story building that’s climbing skyward at 15th and Arapahoe streets.

It’s the first lease announced for 1144 15th St., about 20 months after the project broke ground.

Hines is the developer at 1144 15th St. Plans for the 40-story building also call for a 5,500-square-foot gym and a car detailing service in the parking garage, according to the Hines website.

Optiv will be moving two blocks from its current headquarters on the 17th floor of 1125 17th St. The cybersecurity company was moving toward an IPO last year before being acquired by New York-based investment firm KKR & Co., according to a Kansas City Business Journal report in December.

Elsewhere downtown, Hines recently developed a 300,000-square-foot office building a 1601 Wewatta St. The Houston-based developer made its first mark on the Denver skyline in 1983 with the Wells Fargo Center, and built 1515 Wynkoop in 2009. 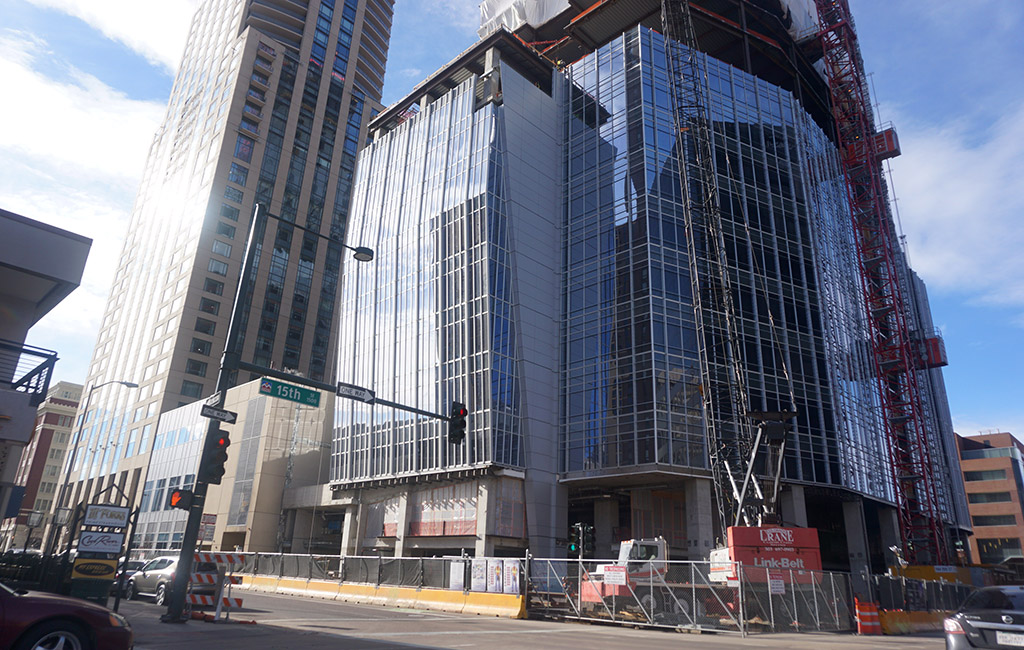