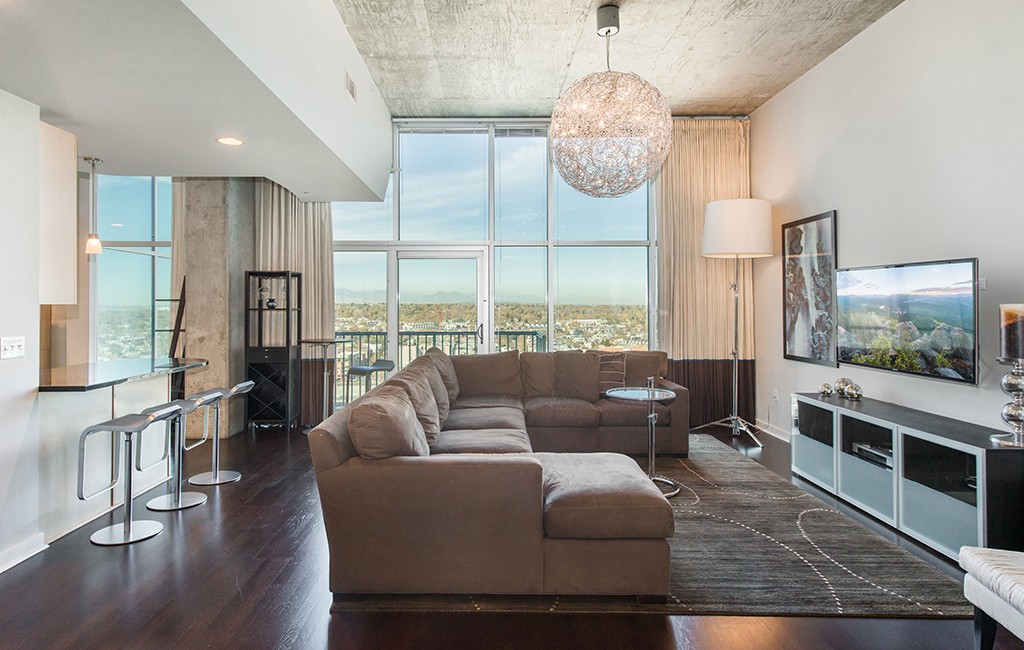 The apartment is part of the Glass House complex, named for its floor-to-ceiling windows overlooking LoHi, the Rockies and the South Platte. (Courtesy LIV Sotheby’s)

It probably wasn’t the best place to have a toss, anyway.

Former Rockies star Troy Tulowitzki is selling a glass-enclosed penthouse a few blocks from Coors Field, which he called home base from 2008 until he was traded to the Toronto Blue Jays in a surprise mid-season swap in 2015. Tulo is swinging for a $1.1 million list price.

The two-bedroom apartment sits atop a 386-unit apartment called Glass House, named for its floor-to-ceiling windows overlooking LoHi, the Rockies and the South Platte.

Jeff Hendley of LIV Sotheby’s International Realty is the seller’s agent for the apartment at 1700 Bassett St.

“It went under contract within a week of us listing the property,” Hendley said. 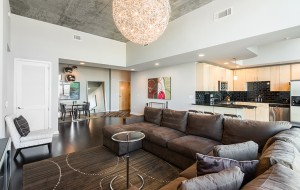 The 1,653-square-foot flat comes fully furnished, with a master suite that includes a wall of windows and a walk-in closet. Tulo purchased the property in 2008 for $835,000, according to Denver property records.

Glass House shares a rooftop pool and deck, a fitness center and a theater. Condos currently for sale in the building start at $385,000. Tulo’s apartment, while not the largest, is the most expensive unit on the market.

Hendley said Tulo used the penthouse as a game day crash pad. The all-star shortstop kept a larger home outside of the city in Cherry Hills Village – with plenty of acreage to warm up his throwing arm without risking shattered glass. That 14,000-square-foot Cherry Hills mansion went online for $5.89 million in December. 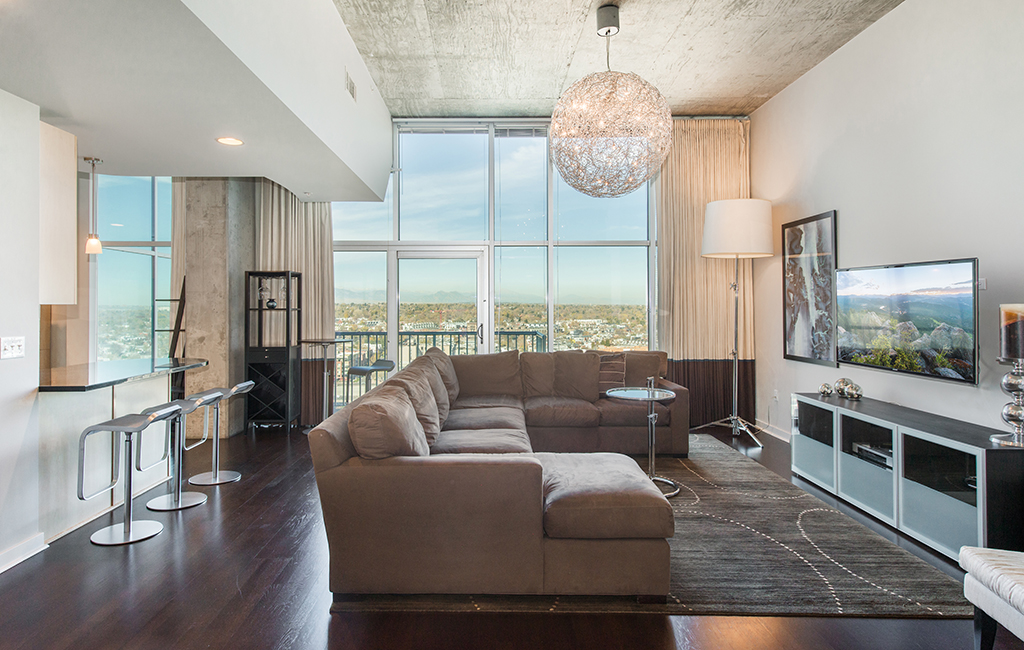 The apartment is part of the Glass House complex, named for its floor-to-ceiling windows overlooking LoHi, the Rockies and the South Platte. (Courtesy LIV Sotheby’s)

Former Rockies star Troy Tulowitzki is going to market with his glass-enclosed penthouse.

I had to laugh because of the first sentence of the article – British folks are probably howling as the term “have a toss” means something COMPLETELY different than what you intended!