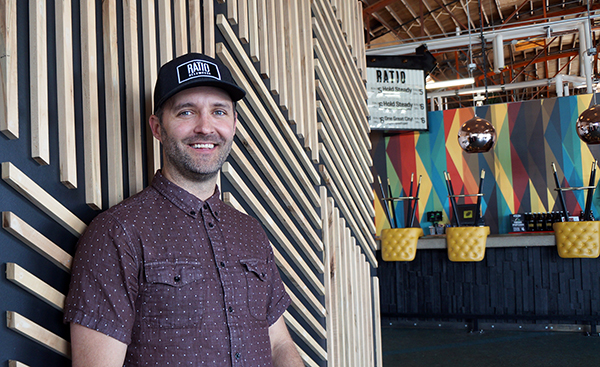 Ratio Beerworks in RiNo is scaling up.

Co-founder and brewmaster Jason zumBrunnen said one challenge of starting a brewery is that the only way to keep up with demand is to add more tanks, silos and other equipment.

“With breweries, it’s a continual reinvestment,” he said. “As we are hitting capacity, this will allow us to keep growing.”

That lets Ratio try out new formulas. According to the trade publication Beeradvocate, it’s brewed 21 beers so far, including a Scottish Ale made with Novo Coffee and a collaboration with New Belgium – and not worrying it won’t have capacity to make more of its flagship beers.

“It takes the pressure off and allows us to do more experimental brews and partnerships,” zumBrunnen said.

And one day, he added, having more capacity in the brewery could help Ratio claim taps at restaurants in Denver and Boulder.

ZumBrunnen expects to have the new equipment delivered by mid-June and running by the end of the month.

The brewery will also purchase its first grain silo to store the base grains it uses in most of its beer recipes, zumBrunnen said. Setting up the silo in the brewery’s side yard will free up space indoors, he added, since Ratio uses only bagged grains right now.

ZumBrunnen, who studied engineering at the University of Colorado at Boulder before attending the Siebel Institute in Chicago and Doemens in Germany, founded Ratio in February 2015 with Scott Kaplan and Zach Lowery.

To finance the purchases, Ratio got an SBS loan from Chase Bank.

ZumBrunnen said Ratio is profitable, but still paying off investments.

More brewing means more people to work at the brewery. Ratio has about 14 employees, zumBrunnen said, most of them bartenders and taproom staff.

Before the brewery ramps up production, zumBrunnen plans to hire a head of marketing and an events coordinator. Ratio will hire sales and delivery staff when the new tanks come online this summer.

Ratio Beerworks in RiNo is scaling up.

Just over a year since it opened shop at 29th and…