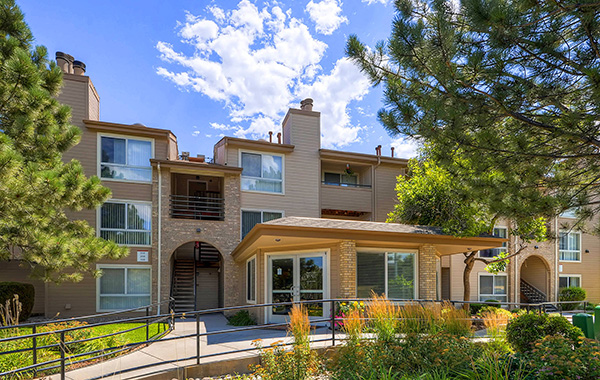 Shortly after selling an Englewood complex, a California firm is buying back into Denver’s urban edge.

“If you go out there you see a lot of redevelopment, obviously you have St. Anthony’s and a lot of new retail and restaurants,” Potarf said. “Sloan’s Lake is kind of becoming the next Wash Park. That sort of revitalization has started taking place already, and still has lots of room to grow.”

Potarf handled the sale alongside fellow CBRE brokers Dan Woodward and Matt Barnett. Goldman Sachs sold the property after owning it for about four years, county records show. The investment bank bought the complex for $17 million in 2012.

Sloan’s Lake Apartments has eight buildings situated on about 4.66 acres of land. Each building holds about 24 apartments. Most are one-bedroom units, Potarf said, which has made the complex appealing to single renters that can’t afford downtown rent premiums.

The Sloan’s Lake Apartments website lists one-bedroom units at between $1,085 and $1,235 per month.

“The people who are getting priced out of the Highlands can drive five minutes and save $400 or $500,” Potarf said.

Aukum Management closed the Sloan’s Lake deal fresh off of a slightly larger apartment sale on the southern edge of Denver. The firm sold the Fielder’s Creek apartments on West Floyd Avenue for $32.4 million last month as well.

“It was a pretty tight deal there at the end,” he said. “They had their own equity, were a single decision maker and were able to respond to things quickly, so it was a good fit.

The broker who sold the complex described Sloan’s Lake as, “Becoming the next Wash Park. That sort of revitalization has started taking place already, and still has lots of room to grow.”