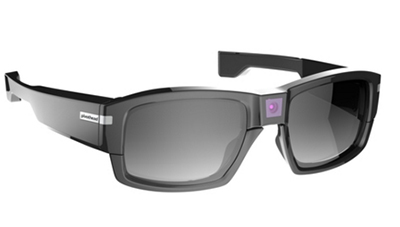 A Denver-based company that makes glasses with built-in cameras has moved into a Golden Triangle office six times bigger than its old digs.

PivotHead, which sells eyewear that records high-definition video that users can broadcast over Wi-Fi, needed room for new hires as it launches a live-streaming website and prepares to sell its latest shades in April. In December, the company moved from an 850-square-foot office in the Denver Tech Center to its new, 5,000-square-foot space at 1224 Speer Blvd.

PivotHead is running pilot programs at more than a dozen companies, many of which use the eyewear to train workers remotely. Exelon Energy, for example, has its nuclear power plant field technicians wear PivotHead glasses and live stream to headquarters to get feedback on their work.

Business Development Manager Jordan Elder said PivotHead has an advantage over competitors such as Google Glass for this kind of work: It doesn’t distract wearers by projecting images through the glasses.

Originally conceived as a tool for law enforcement agencies to record what cops were seeing, the glasses have an auto-focus feature that makes them especially useful for recording close-up objects.

The model debuting in the spring will be able to record four hours of HD video onto a memory card. The wearer swipes a finger forward on the band across her temple to record video and taps to take a picture. Users also can operate the camera and toggle its settings – switching to a lower resolution or adding a timestamp to their recording – using a smartphone app.

The first 1,000 pairs of the new model arrive at company headquarters this week, Elder said, and will go on sale via the company’s website as well as television channel HSN.

The glasses will hit consumer markets for $299 a pair, plus $99 for an extra external battery and another attachment for live streaming.

During the next two years, he devised and then scrapped two eyewear designs. The first pair of PivotHead glasses debuted in July 2012.

Elder said the company has raised half of a $2 million pre-Series A funding round and is looking to raise an additional $10 million by the end of the third quarter.

The firm has eight employees in its Denver headquarters and seeks more software engineers. The glasses are manufactured in the company’s Shanghai office. PivotHead has 30 employees companywide.

A Denver-based company that makes glasses…

Do you have these glasses already available, and can I still buy a pair?

The first 1,000 pairs of the new model arrive at company headquarters this week, Elder said, and will go on sale via the company’s website as well as television channel HSN.

The glasses will hit consumer markets for $299 a pair, plus $99 for an extra external battery and another attachment for live streaming.