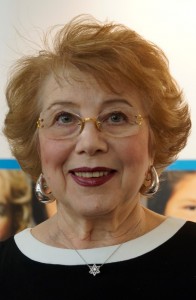 A Ukrainian immigrant who rose to become CEO of the Denver-based nonprofit that helped her transition to life in United States will step down in January 2017 after 37 years.

Yana Vishnitsky, 69, has spent more than half of her lifetime working for Jewish Family Service, the same nonprofit that helped her family resettle in the U.S. after departing the Soviet Union in the 1970s. In the decade and half that she was its CEO, the agency’s annual budget tripled from $4.8 million in 2000 to $14.4 million in 2015.

When Vishnitsky started, she said, donors were confused by the breadth of services – was JFS an adoption agency or a food pantry, a nonprofit for local senior citizens or a resettlement program? Donors couldn’t tell where their money was going, she said. So she whittled down the nonprofit’s services to make a sharper pitch and started charging for some services on a sliding scale.

“I tried to focus on niches,” she said. “There is very big competition for the same dollars in the nonprofit world, so I was trying to identify the things we do that are rare and unique.”

In particular, Vishnitsky wanted JFS to expand programs that help elderly people remain in their homes rather than move into assisted living facilities. The agency now delivers kosher meals to as many as 50 seniors ages 60 and up five days a week, according to its website, and also has programs tailored to HIV/AIDS patients and Holocaust survivors.

The agency still does a lot beyond geriatric services. But to prioritize care for the elderly – as well as job training for people with disabilities, services to prevent families from slipping into homelessness and mental health counseling – the agency cut its adoption program, Vishnitsky said.

With just $150 in her pocket, Vishnitsky herself leaned on JFS when she immigrated to Denver. She arrived with her husband and 4-year-old son in 1978, part of a wave of immigration that began a few years earlier when the U.S. granted refugee status to Jews living in the Soviet Union.

A patent attorney and engineer by training, Vishnitsky became a translator for JFS just months later, helping resettle other families from the USSR.

Vishnitsky went on to receive a bachelor’s degree from Colorado State University and a master’s from Smith College before being named JFS president and CEO in 2000. It was a trajectory she said might have been impossible in the Soviet Union, where Jews often hit a glass ceiling in their careers.

Vishnitsky said focusing the agency’s services has galvanized donations. In 2000, individuals donated about $400,000 to JFS each year, Vishnitsky said, but today they account for $2.5 million of the nonprofit’s annual budget.

Vishnitsky added that JFS also added sources of income, charging for mental health counseling and other services on a sliding scale based on income.

The nonprofit’s total revenue was $12.7 million in 2013, according to tax filings.

JFS has 150 full-time employees today, Vishnitsky said. Its next big hire, her successor, will be chosen by a search committee working with a recruitment firm.

Vishnitsky said after a few close friends passed away this year, she decided she would reinvent herself one more time.

“I used to say I would have to be carried out of JFS, but there is something to be said for life after JFS,” she said. “This community has helped me transform my life. I was in the business of transforming somebody else’s life.”