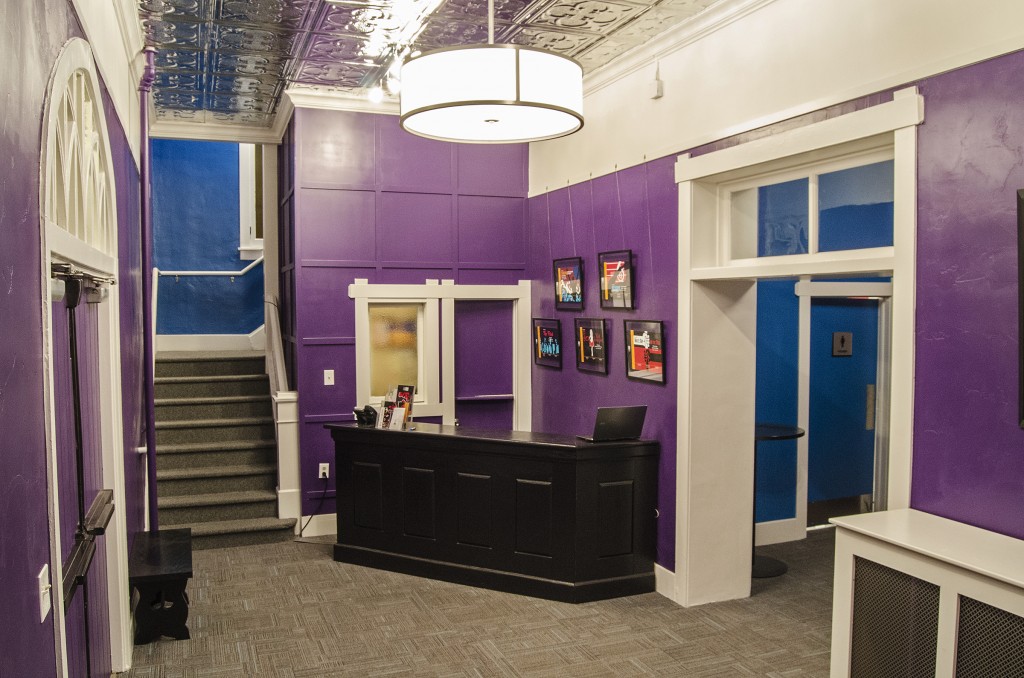 A Golden Triangle theater is raising the curtain on a quarter-million-dollar renovation.

Curious Theatre Co. revamped its theater at 1080 Acoma St. over the last year and a half to the tune of about $250,000. Founder Chip Walton said the investment was needed to bring the century-old church building up to par with the quality of shows the theater works to put on.

“We’ve worked really hard over the years to establish a reputation for a really high level of artistic quality for the shows we produce on the stage,” he said. “I think we’ve realized for a few years that some of the physical things haven’t really matched that excellence.”

A five-figure donation from a board member in 2013 to replace a narrow set of steps Walton called “precarious to say the least” at the theater’s entrance spurred Curious Theatre to raise more cash for further upgrades. Since then the company has refreshed the lobby, replaced the roof and done some exterior masonry work, Walton said.

Curious Theatre bought the property from Zeppelin Development in 2008 for $800,000, according to Denver property records.

The company has four full-time and four part-time staff members, Walton said, and contracts another 200 or so workers by the show to be technicians, actors and stage managers. The company reported $1.38 million in revenues for 2013, up 29 percent since 2011.

Curious Theatre’s next few productions include plays “Marcus: Or the Secret of Sweet,” “Sex With Strangers,” “Elliot, A Soldier’s Fugue,” and “White Guy on the Bus.”

All told, the renovations will cost about $250,000, Walton said, paid for with cash that Curious Theatre raised over the past 18 months. Major contributors include the Boettcher Foundation, the Gates Foundation and the Bonfils-Stanton Foundation.

Walton said most visitors probably won’t notice the “niggling, straggling projects” the theater hopes to complete this month – but he will.

“For anybody that has gone through any sort of building renovation, of any scope, I wish there was that magic day where you cut the ribbon,” Walton said. “But I’m definitely going to celebrate when we cross the finish line.”

A theater company has raised the curtain on a revamped home after a $250,000 fundraiser and upgrades to its renovated church property.