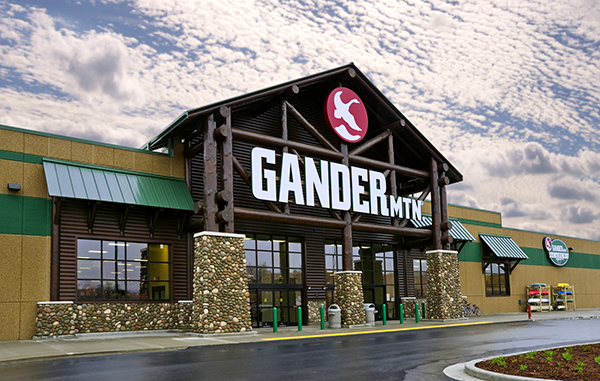 The hunt is over for an outdoor chain seeking retail space in Parker.

The Parker location, near the intersection of E-470 and Parker Road, will be Gander Mountain’s first new store in Colorado since the company opened its Thornton location in 2005. The company said the new store will be 57,600 square feet.

“There are a lot of outdoor enthusiasts in that area,” said Joe Herter, who manages 15 stores in Colorado and Wisconsin. “Castlewood Canyon State Park is just south of there for our camping clientele, and there’s great antelope hunting out on the high plains by Bennett and Strasburg … And there’s a lot of growth going on along E-470.”

Guggenheim is responsible for selecting the site’s architects and contractors and will fund the build.

Gander Mountain hopes to have the store open in 2016, but Herter said that time frame is dependent on the construction schedule.

“There’s some work that needs to be done to that site,” he said. “There’s a ravine that runs through the middle of it right now.”

It generally takes about 70 employees to staff a new Gander Mountain store, including 20 to 30 full-time workers, Herter said.

Gander Mountain has grown swiftly over the past few years, opening 41 new stores since 2012. The company, which was founded in Wisconsin in 1960 and is now headquartered in St. Paul, Minnesota, operates 160 stores in 27 states. It competes with other big-box outdoor retailers like Cabela’s and Bass Pro Shops.

The Parker store is part of an 11-store expansion planned over 2015 and 2016. The chain’s first Colorado store is in Aurora.

Guggenheim had no involvement with civil engineering, architecture, planning etc. They provided money to finance the deal with the help of a lender. There is no ravine going through the site. The store will open at the end of the first quarter or beginning of the second quarter 2016. Other than that, the article is accurate