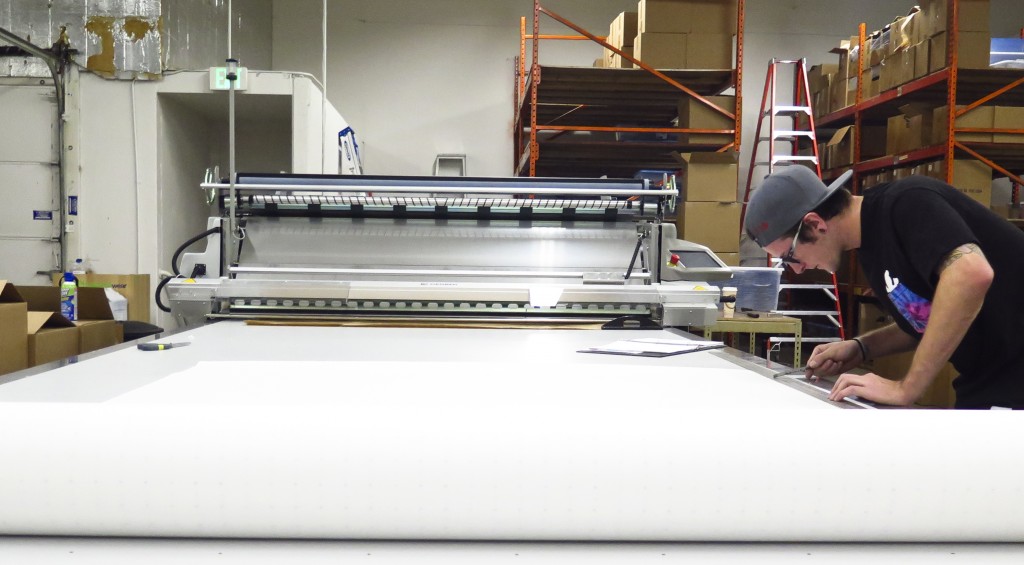 The key to outsmarting ravenous cannabis businesses when scouring for warehouse space is to jump on a pending vacancy before word gets out.

That’s one lesson Denver-based Phunkshun Wear – which produces ski and hunting masks – learned two months ago when it signed a lease to add 2,500 square feet to its warehouse in Northwest Denver, a 35 percent space increase.

Phunkshun CEO Jason Badgley learned that Phunkshun’s next-door neighbor, Image West Apparel, was moving out after its lease ended. So he contacted his landlord and signed a deal. 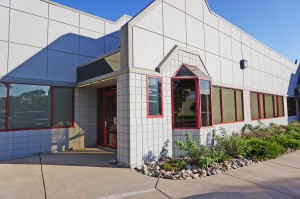 Phunkshun has taken over an additional space in its Denver building. Photo by George Demopoulos.

“Everything else we were looking at was getting pulled out from beneath our feet – obviously that was because of (Amendment 64),” Badgley said. “We ran into it at every turn for about two months until we found this spot. But it’s worked out very well for us.”

The company, which was founded in 2011, signed a three-year deal with options to extend on a 2,500-square-foot warehouse space adjacent to its current digs at 6900 W. 47th Ave. in Denver, bringing its total footprint to 9,300 square feet.

“We’re cranking out more and more masks every day,” Badgley said. “This new space will allow us to increase production and bring on two more people, one in quality control and one in sales.”

Badgley said he wanted to relocate to Denver because he needed access to a larger, more permanent workforce than the high country could provide. 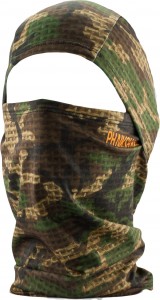 “A big struggle we had in Summit was a transient workforce,” Badgley said. “It’s a very seasonal environment up there. The labor pool is a driving force behind our growth, and we needed steady workers.”

To respond to the vacuum, he’s been in talks with local technical schools to integrate sewing into their curricula.

Lanny Goldwasser founded Phunkshun with Jacob Levy in 2011 while the two were working as snowboard instructors at Copper Mountain. The company said it expects to sell 50,000 masks this year – a 175 percent increase over last year.

The company purchases all of its materials from U.S. companies. Phunkshun’s 20 employees cut, sew and print every mask by hand in the company’s Denver headquarters. Aside from ski and hunting masks, Phunkshun will also make masks with custom designs for business clients with large orders.

Phunkshun’s sales footprint includes the entire U.S. and the western and eastern Canadian coasts. Locally, Phunkshun masks are sold in BC Surf and Sport, Christy’s Sports and 7Twenty Boardshops. Masks retail for between $13 and $45.

“We’re going to release a pretty big news piece at SIA,” he said. “It revolves around our fabric. We’ve taken steps to make our fabric more sustainably produced moving forward.”