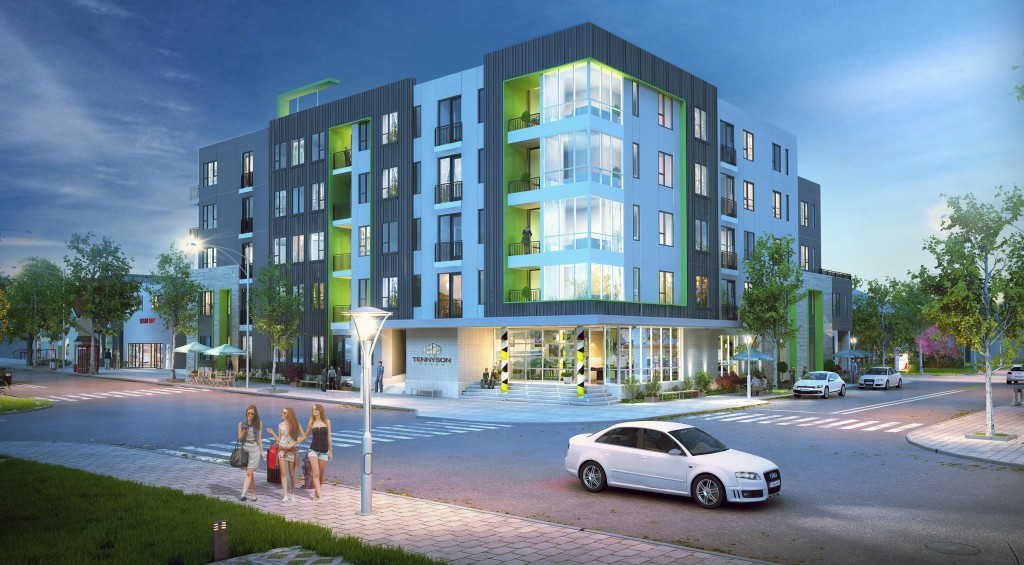 With a late-summer land deal done, construction is about to heat up on a big-time Tennyson Street apartment complex.

Allante Properties closed on a 0.34-acre property at 39th Avenue and Tennyson Street this month with plans to break ground on an 81-unit apartment building this fall. The company paid $2.1 million for the lot in the middle of the busy Berkeley business strip.

“We consider it to be an A-plus location with the walkability to all the great restaurants there,” Allante partner Daren Schmidt said. “Fat Sully’s just opened, and Hops & Pie is one of the best restaurants I’ve been to on Tennyson.”

The building Allante is planning will be five stories tall and will include a mix of studio and one-bedroom apartments. All told, Schmidt said it will cost about $22 million to build. Jamie Mitchell of Pinnacle Real Estate Advisors represented Allante in its land acquisition. Billy Riesing, also with Pinnacle, represented the seller.

Apartments will start as small as 350 square feet and range up to 770 square feet with rent rates starting at about $1,000. Schmidt said 80 percent of the units will rent for less than $1,600 per month, and he’s hoping to appeal to renters that don’t need a ton of space but want a top-end location. 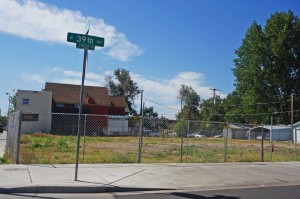 Allante recently closed on its $2.1 million purchase of the land. Photo by Burl Rolett.

“We’re going to do that so people can be in a great location and not pay the crazy amount of money that you would have to pay these days for a bigger studio or a one-bedroom,” he said.

Tennyson Place will also include a ground-floor club room, mountain-view terraces on the building’s back side and a rooftop deck.

Schmidt plans to break ground in the second half of October and said the development will take about 15 months to build. Vertex is the general contractor, OZ Architecture designed the building and Community Banks of Colorado will finance the build.

Allante Properties also recently raised $7 million for the project from outside investors with a minimum investment of $25,000.

Tennyson Place will be the latest development on a strip that has become a virtual eight-block construction zone on Tennyson. Riverpoint Partners is planning another five-story building directly across from Tennyson Place, and a new Natural Grocers is under construction on the same block.

As Allante Properties digs into Tennyson Street, the company is also working on another 80-some apartment deal at 18th Avenue and Emerson Street in Uptown. Schmidt said Allante has a schematic design for that building and should close on the land in the first quarter of next year.

That’s what I want to know too!