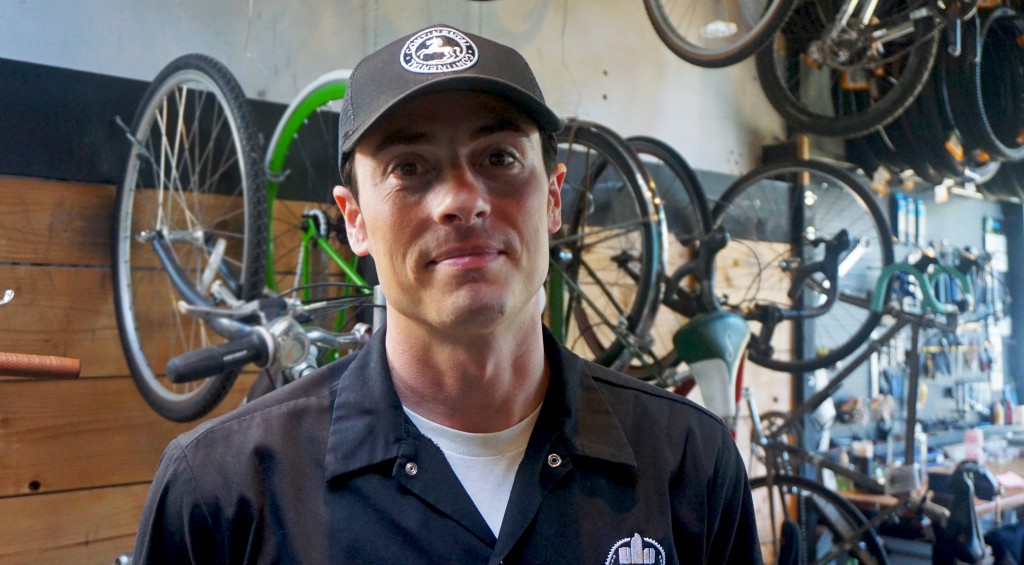 Peter Roper’s bar and cafe is getting crowded by a bike repair and custom work shop. Photos by Burl Rolett.

A City Park hub for bikers and drinkers is making room for more tap handles and handlebars.

The Denver Bicycle Cafe is doubling its 17th Avenue store to expand its bike service shop, grow its retail selection and add a second barroom. Co-owner Peter Roper said the cycling end of the breakfast, beer and bike joint powered the six-figure project.

“We never envisioned expanding; we really thought we could do it in the space we had,” Roper said. “But the bike side of the equation has been much more successful than we thought it would.”

The company is taking over a former art gallery at 1300 E. 17th Ave., right next door to its shop at 1308 E. 17th Ave. The move will give the cafe the entire 4,300-square-foot building stretching west from 17th and Lafayette.

Roper declined to say exactly what the expansion would cost but said it could range from $100,000 to about $300,000. The Denver Bicycle Cafe is financing the project in part with outside investment money, he said. 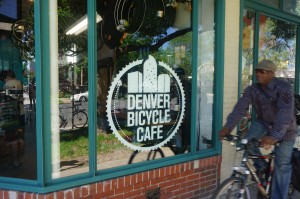 The bike service shop was desperate for extra space, Roper said. On a normal day, he said, the shop might have 20 or 30 bikes in for work, most of them stashed steps from the bar.

“We were bursting at the seams with bikes,” Roper said. “We have them hanging from the ceilings, and we’ve just been storing them wherever we could.”

On the retail side, Denver Bicycle Cafe has added a small sales floor for its bike accessories and is starting to sell premade stock bikes to add to its custom offerings. Roper said customers have asked for a line of stock bicycles, but he previously didn’t have any room for inventory.

The company took its first order for Orbea-brand bicycles earlier this month, and Roper said he plans to stock exclusively Orbea bikes for the time being.

Construction on the cafe’s second barroom has not yet started, but Roper said he hopes to have it finished by November. The taproom will sit at the building’s western end, right at 17th Avenue and Lafayette Street.

David Lynn Wise is the architect designing the expansion. The job is still out for bid to potential general contractors, and Roper said he hopes to award a contract soon.

Roper and fellow co-owner Jessica Caouette launched Denver Bicycle Cafe in 2011. It’s a coffeehouse by day and a bar by night with a bike shop running from 10 a.m. to 7 p.m. The shop sells custom road and mountain bikes, as well as accessories, and offers a range of repair services.

Roper said the company’s revenues are split pretty evenly between the bike side and the food service business.

Peter Roper’s bar and cafe is getting crowded by a bike repair and custom work shop. Photos by Burl Rolett.