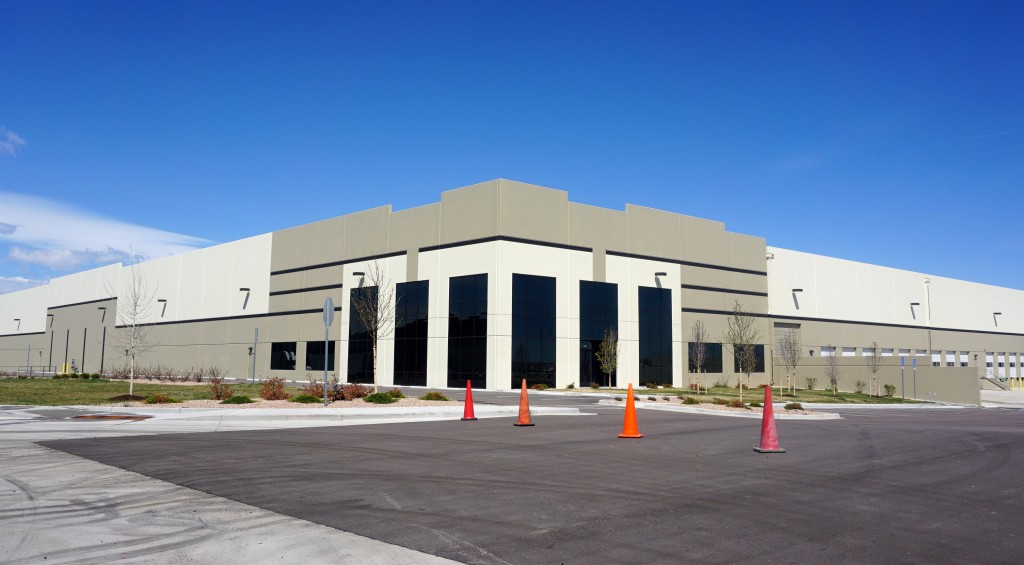 Building 28 at Aurora’s Commercenter will soon have a new warehouse neighbor. Photo by Burl Rolett.

Fresh off of a pair of 130,000-square-foot leases, an Aurora landlord is back in construction mode.

Majestic Realty Co. will break ground this month on a new 452,000-square-foot warehouse at its Majestic Commercenter in Aurora.  After filling nearly 400,000 square feet at a warehouse next door, Majestic Executive Vice President Randy Hertel said the Commercenter is squeezed for space.

Building 29, as Majestic calls its latest planned development, will cost about $15 million to build. Hertel hopes to have the building finished by Thanksgiving and plans on leasing it out at about $5 per square foot.

Majestic tends to build warehouses that can be chopped up into quarters, Hertel said. He anticipates filling Building 29 with three or four tenants at between 90,000 and 250,000 square feet. 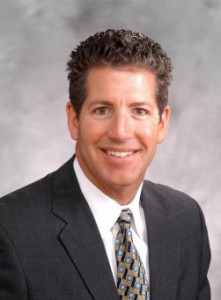 Building 29 is the 14th warehouse Majestic will develop at the Commercenter. So far 12 of the 13 finished buildings have been speculative projects. Most of those buildings average about 200,000 square feet.

Majestic last ramped up construction in 2013 by adding Building 28, a 500,000-square-foot building immediately west of the planned Building 29.

Majestic is starting on the new warehouse after a pair of major leases began filling Building 28. Niagara Bottling took 132,000 square feet in January of this year, and Fresca Foods leased another 158,000 only three months later.

“We frankly would have expected some preleasing that didn’t end up happening back in 2014,” Hertel said. “But the activity has continued to grow, both with activity levels as well as the two leases we have put in place.”

Aside from the unleased block of space at Building 28, Hertel said the Commercenter’s other 12 buildings are about 98 percent full. Majestic’s total footprint at the Commercenter, including Building 29, is about 3.5 million square feet.

Looking forward, Majestic still owns about 600 undeveloped acres at the Commercenter that Hertel said could hold about 5 million square feet of industrial space. He said the firm will keep looking at building between 400,000 and 500,000 square feet at a time and could go bigger if a build-to-suit candidate comes along.

Building 28 at Aurora’s Commercenter will soon have a new warehouse neighbor. Photo by Burl Rolett.

With its newest building already filling up quickly, an Aurora business park is about to break ground on its 14th warehouse.