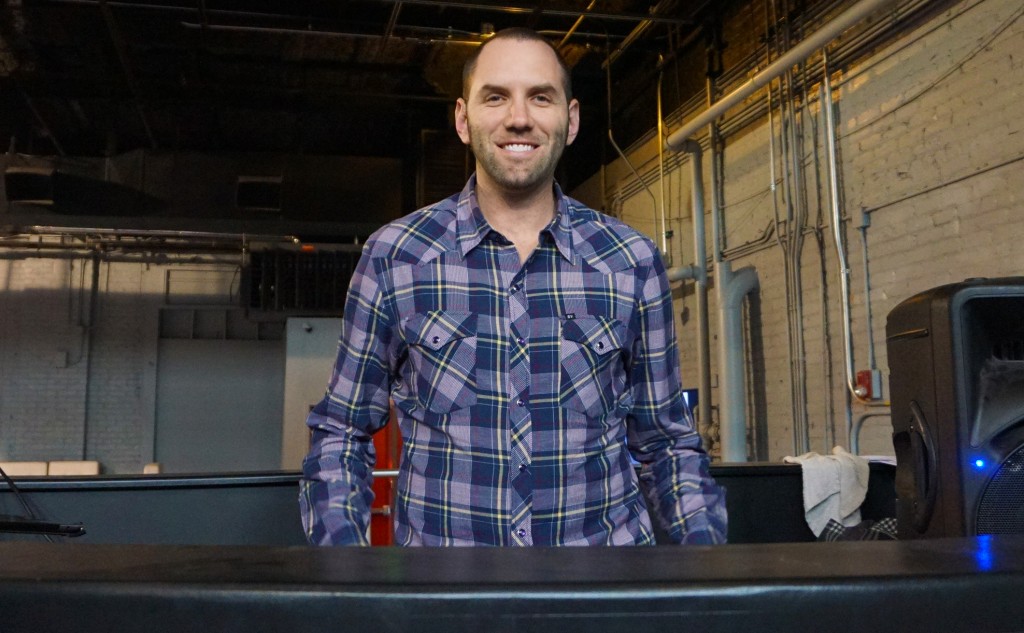 Andrew Feinstein will open his RiNo nightclub this weekend with some added features. Photo by George Demopoulos.

To celebrate its 35th birthday, a Denver nightclub landmark is treating itself to a massive new TV screen and a host of other upgrades.

Tracks, an 8,000-square-foot gay nightclub on Walnut Street, will open the first of three phases of renovation on Saturday. The improvements include a new DJ booth and a huge LED screen that the club’s owner said is the largest indoor screen outside of the Pepsi Center.

“As a nightclub you need to reinvent yourself every few years,” Tracks co-owner Andrew Feinstein said.

The LED wall – shipped in pieces from China – will measure 40 feet by 12 feet.

The club’s dance hall renovations add up to between $250,000 and $500,000, Feinstein said. In addition to the new screen, the DJ booth has been moved to the dance floor from a balcony. And the sound and light systems have been upgraded.

“It’ll give the customers an interactive experience and allow the DJ to interact better with the crowd,” Feinstein said.

The next big projects for the club will be upgrades to the lounge that will be done next month and preparations for a summer beach party and music festival in the parking lot. 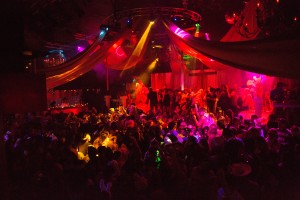 The Tracks space is 8,000 square feet. Photo courtesy of Tracks.

Feinstein said Tracks’ main competitors aren’t any of the other nightclubs around Denver; the club has to focus on making sure that people come out to party instead of staying at home.

“When it’s snowing outside and a couple chooses to watch the “Breaking Bad” marathon on Netflix, that’s our competition,” he said. “I don’t think we have any competition in terms of a nightclub. We’ve got a superior facility with a sound and light system that’s unrivaled.”

Tracks has been a haven for Denver’s gay community since the mid-1970s. The club was originally located in a warehouse near what is now Coors Field. The club’s co-founders were Martin Chernoff, a rocket scientist and DU graduate, and Feinstein’s father Neil, a fourth-generation Denverite.

The two met while playing poker at the Green Gables Country Club and purchased the Foxhole, a former trucker’s bar, for $32,000. The pair leased the bar to a third party that opened a gay bar at the location. Chernoff and the elder Feinstein took over operation of the club in 1980. Over the next seven years, the duo exported the Tracks model to D.C., Tampa and New York.

When Coors Field was announced in the early 1990s, Tracks relocated to its current location just off Larimer Street in RiNo.

“Given that this is our 35 anniversary year, I thought it was a good year to do the improvements,” Feinstein said. “We’ll always be at the forefront of the LGBT community in Colorado.”

Andrew Feinstein will open his RiNo nightclub this weekend with some added features. Photo by George Demopoulos.

A long-standing gay nightclub in RiNo is lifting the curtain on six-figure upgrades this weekend - including a 40-foot LED screen.